What Do The Status Icons Represent In SOLIDWORKS PDM?

You may have seen several icon styles in SOLIDWORKS PDM. These icons show the current status of your active SOLIDWORKS file in relation to the latest version of the file in the vault.

In this blog, we’ll run through some of the most common icons you may see. Below is a full list of SOLIDWORKS 2016 icons for you to print out or save on your desktop. 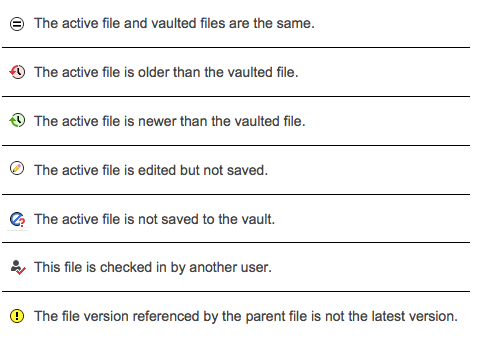 In the images below, we have an assembly checked out in SOLIDWORKS PDM. The equals icon tells us the locally cached version of each part or assembly is the same version as the latest vaulted version.

The active file and vaulted files are the same: 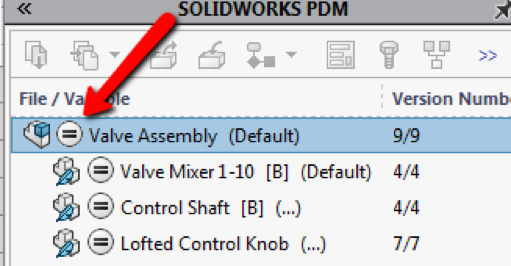 If you change the color of the Lofted Control Knobs, we see the pencil icon appear, indicating the file is being edited.

The active file is edited but not saved: 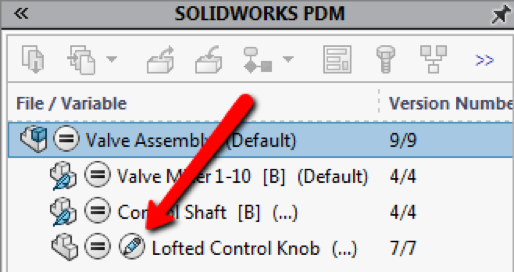 After saving the file, you will see a green clock with a arrow moving clockwise next to the knob and the valve assembly. This indicates that the local copies of the files are newer than the vaulted copies.

You can also see this in the Version Number column. In the image below, you see a " - " instead of the local copy version number.

The active file is newer than the vaulted file: 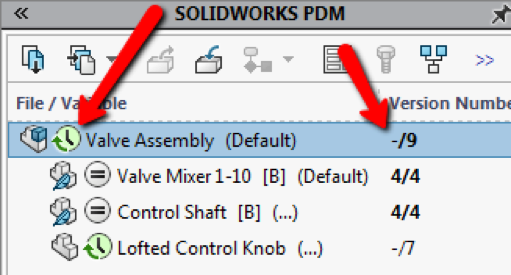 After checking in the files, all local versions match the vaulted versions. Note the Valve Assembly and Lofted Control Knob both have new versions. 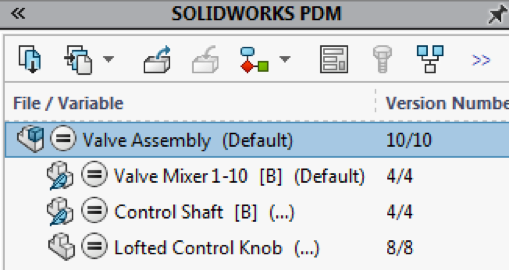 If I were to retrieve an older version of the Lofted Control Knob, such as version 7, you will notice a red clock icon with an arrow pointing counterclockwise.

The active file is older than the vaulted file: 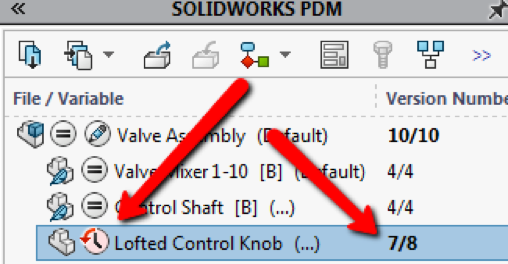 If the folder colors in SOLIDWORKS PDM have also left you scratching your head, watch our webinar: Benefits of TriMech's Toolsets for SOLIDWORKS PDM Part 1.