3D Scanning has been around for quite some time now and has evolved to have a place in a multitude of applications, especially for manufacturing. Whether the need is to reverse engineer a long out-of-production part, or to perform quality inspections on parts and equipment, 3D scanning is up to the task. Let us look at a few of instances where Artec 3D solutions are making it possible to get much needed data that would be hard to get any other way.

Continuing along the lines of reverse engineering, let’s look at how Assan ASP (a well-known international manufacturer and distributor of construction machine spare parts) was commissioned to reproduce an exceptionally large drawbar and yoke assembly, as well as a massive circular gear assembly. Normally it would take Assan ASP a couple of weeks to measure and draw these parts and some of the elements were quite difficult to measure accurately with traditional methods.

Realizing they needed a quicker method for obtaining the critical measurements, Assan ASP turned to Artec 3D for a solution. After a demonstration by Teknodizayn, Assan ASP managers saw that it is significantly easier, more accurate and much faster to work with Artec 3D scanning solutions and Geomagic reverse engineering software on cases like this. 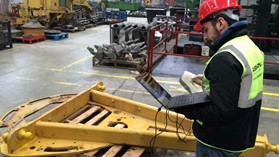 “As we know, Artec 3D scanners are the best to use in situations where there is a big part that needs to be scanned in a location where conditions are difficult. This was exactly this kind of situation,” says Ali Can Boysan, Sales & Technical Support Manager at Teknodizayn. Artec's special battery pack made it possible to scan these large parts in the field where there was no accessible power. 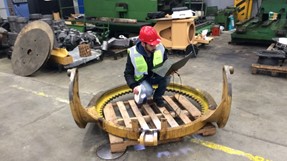 Each part took approximately 30 minutes to scan in detail from top to bottom. Once complete, the scans were transferred into Artec Studio for post-processing which took around 4-5 hours. 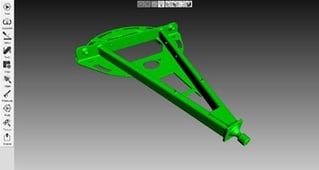 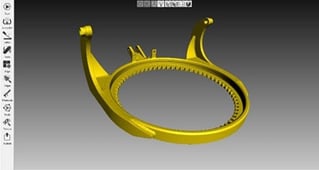 The data was processed manually. First the unnecessary parts of the scans were erased, and then the scans were aligned using the quick and simple point to point alignment algorithm. Then Global Registration with Texture and Geometry was applied, which resulted in a dense and accurate point cloud that needed to be meshed. The next step was Sharp Fusion with the best possible resolution, creating .stl files ready for reverse engineering. 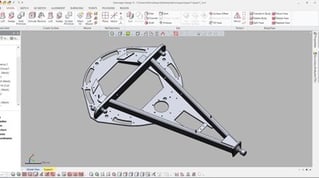 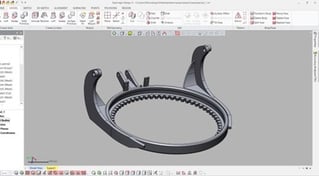 The files were exported to Geomagic Design X reverse engineering software. “This is no doubt the best, fastest and easiest program among its competitors,” says Ali. “Our reverse engineering specialist first auto-regioned the parts and then aligned them to coordinate planes. Later he parametrically drew the solid models accurately, feature by feature. After 7-8 hours of working on each part, the solid models were ready to be manufactured directly.”

So, what was the result? Parts that achieved the exact precision required. The final trial was installation on a working piece of equipment where the parts fit perfectly. This experience led ASP to purchase an Artec Eva, Space Spider, and Geomagic to improve their future workflow. 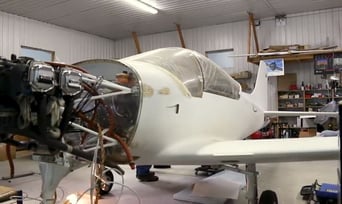 Our first example takes us to the hangar of plane designer Michael Shuler. Shuler has long been fascinated with vintage aircraft, but none more than the Sequoia Falco. The Falco was originally designed in Italy and first flown in 1955. It is known for its striking looks and aerobatic prowess. The plane is designed so well that many of the original aircraft are still flying today. Shuler wanted to bring this classic into the modern manufacturing era by designing his Falco from the ground up utilizing CAD. 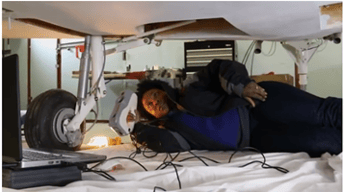 He met a major roadblock when trying to design the plane's retractable landing gear doors. Shuler was able to locate original drawings for the doors, but quickly found out they were not accurate when it came to fitting them on the aircraft. The landing gear doors provide a very critical function to the aircraft. They not only need to move smoothly when lowering and retracting the landing gear, but they must also fit cleanly against the bottom surface of the Falco during flight. As with any vehicle, measurements play a vital role in ensuring safety (and in the Falco’s case, aesthetics).  Given the complexity of the components, gathering accurate data would be difficult and time-consuming. With such strict adherence to accuracy required, manual measurements were out of the question and chances of error would be high. With this in mind, Shuler looked to Artec 3D to help find his solution. 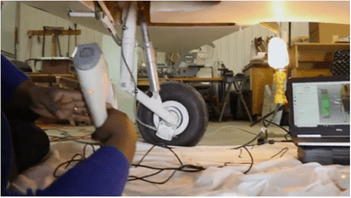 With the scans complete, Shuler now had a digital model of the underside of his aircraft. This, in turn was used to design a new set of doors. By using Geomagic for SOLIDWORKS, 3D models made with Artec scanners can be exported from Artec Studio. For Shuler, using scanning for this part of his project was pivotal to avoid expensive delays and having to rework the measurements. He wanted to make sure he got it right the first time so he could take flight once the parts were assembled.

With a prototype of the landing gear doors 3D printed and approved, this plane project is belted up and ready to go.

Our last example takes us to the world of quality assurance, where 3D scanning technology is being used to verify the accuracy of some massive castings. Willman Industries Inc. is a Wisconsin-based full-service jobbing foundry offering design, pattern making, heat-treating, and machining. Willman has used scanning tech for some time now but were looking for a way to upgrade from an older laser scanner and Faro arm.

Willman purchased an Artec Eva with the goal of measuring their larger castings that can weigh upwards of 30,000 pounds. Moving these castings around presents a difficult challenge and the mobility and large field of view provided by the Artec Eva scanner meant that the scanner could be taken to the casting rather than having to take the (30,000lb) casting to the scanner. The larger field of view also resulted in capture rates faster than the old Faro based technology. 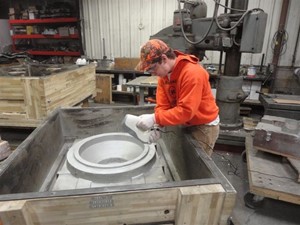 Since its purchase, says Randy Parker, Willman’s quality manager, the Eva has been in use practically every single day in some capacity or another. Parker estimates the Eva has been instrumental in QA on approximately 50+ jobs so far, “working out well beyond expectations.” 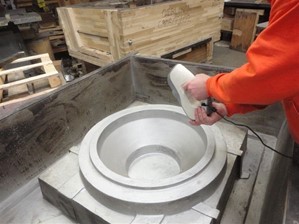 “We’ve made numerous improvements to our process with it. Our dimensional control has improved not just from measuring the castings, but from checking multiple process inputs with the Eva,” Parker says. As a means of dimensional control, Willman compares the data captured in the scans to the parts known CAD files. This also has the side benefit of allowing them to detect core shift during the casting process.

According to Parker, Willman Industries has greatly expanded the primary use they bought the Eva for, to include tooling analysis, pattern and mold scanning, reverse engineering and problem solving.

Willman’s original goal was to save time and effort by using the Eva over the current technology they had but were amazed at the results. In some cases, tasks are accomplished in 75 percent less time. Castings that historically would have taken seven to ten days are now being finished in six to ten hours. Parker refers to the Eva as “crazy efficient,” adding, “The rate at which you can capture data is fantastic.”

“Without a doubt the Eva has saved our company money,” says Parker. “We definitely promote it to customers as a valuable tool that will enable us to meet their castings’ requirements.”

As you can see, 3D scanning is making it possible to recreate parts that would be virtually impossible to reproduce any other way, and at the same time give the users the ability to check those parts once they are manufactured. This 2-in-1 capability alone makes 3D scanning one of the most versatile tools in the engineering arsenal, and I am ready to see where else it takes us.

If you’re interested in exploring how 3D scanning is being used in other industries, watch our on-demand webinar "The Advances of 3D Scanning in Industrial Applications".