What You Need to Know About Photobleaching

Creating optically clear parts via traditional manufacturing methods is often either cost-prohibitive, geometrically limiting, or outright impossible. Additive Manufacturing has allowed for a new way of thinking about prototyping and part production through its material versatility, and one of the more popular families of materials is the optically clear and translucent variety. However, there are instances where something that is meant to be optically clear comes off the machine with an unwanted tint or coloration. Why is that and what do you need to do to make it truly optically clear?

Double, Double, Toil and Trouble! This year for Halloween the TriMech RP Services team is brewing up some cute little flexible spiders to decorate the office and you can join along and print some of your own using our multiple material recipe! You may not have a need for spiders, but you probably can think of some applications where combining rigid and flexible materials would come in handy. 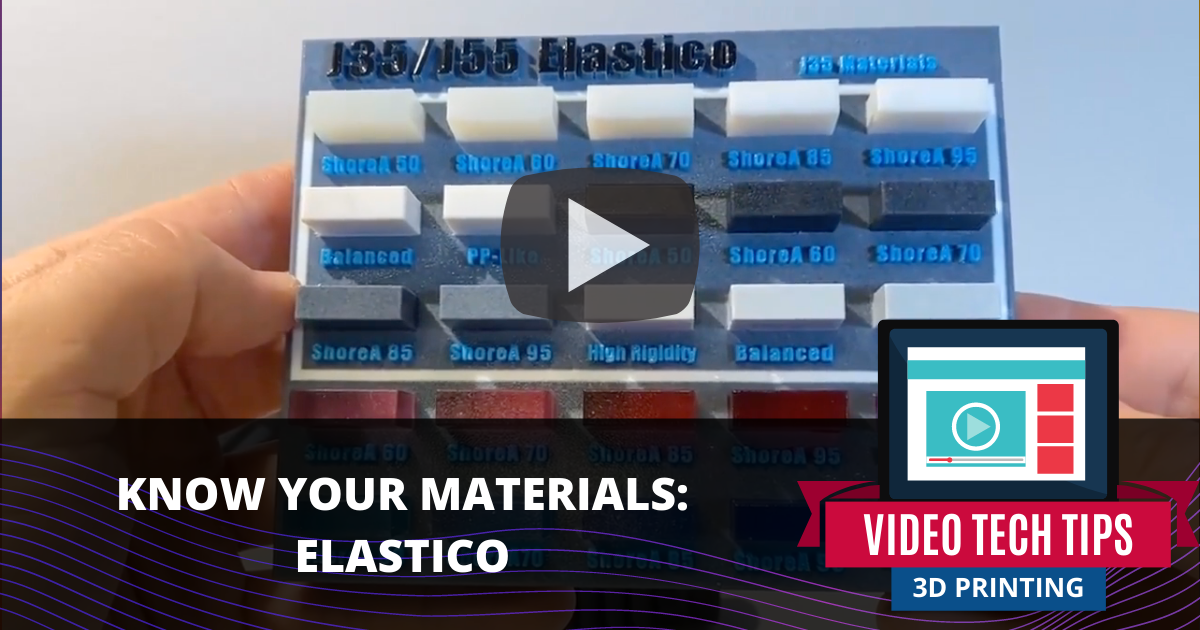 In 2021, Stratasys introduced a new flexible material to the PolyJet platform in two different colors. Elastico is the new elastomeric PolyJet material that has a base shore hardness of A 45 and boasts an impressive elongation at a break of up to 400%. Elastico possesses superior tear resistance of more than 7 kg/cm making it an ideal addition to the PolyJet family. Let's take a closer look at this fantastic digital material. 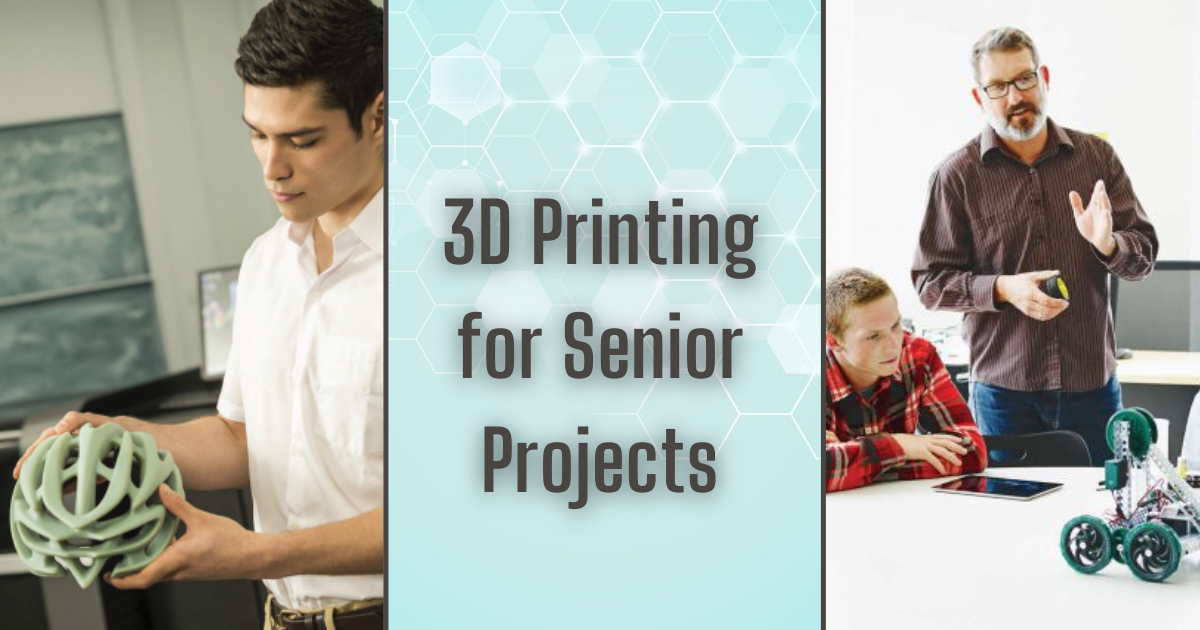 One of the last steps you may have in proving yourself for your chosen industry is to implement your knowledge, teamwork and design skills on a multi-semester final project. Your results will be presented in front of other engineers, potential sponsors, and a possible connection that could propel you in the job market. These final projects are important, especially how your design process will parallel workflows that practicing engineers, designers and manufacturers go through. Honing in on a design, accumulating research and creating the best solution to a problem is something these design firms go through every day. 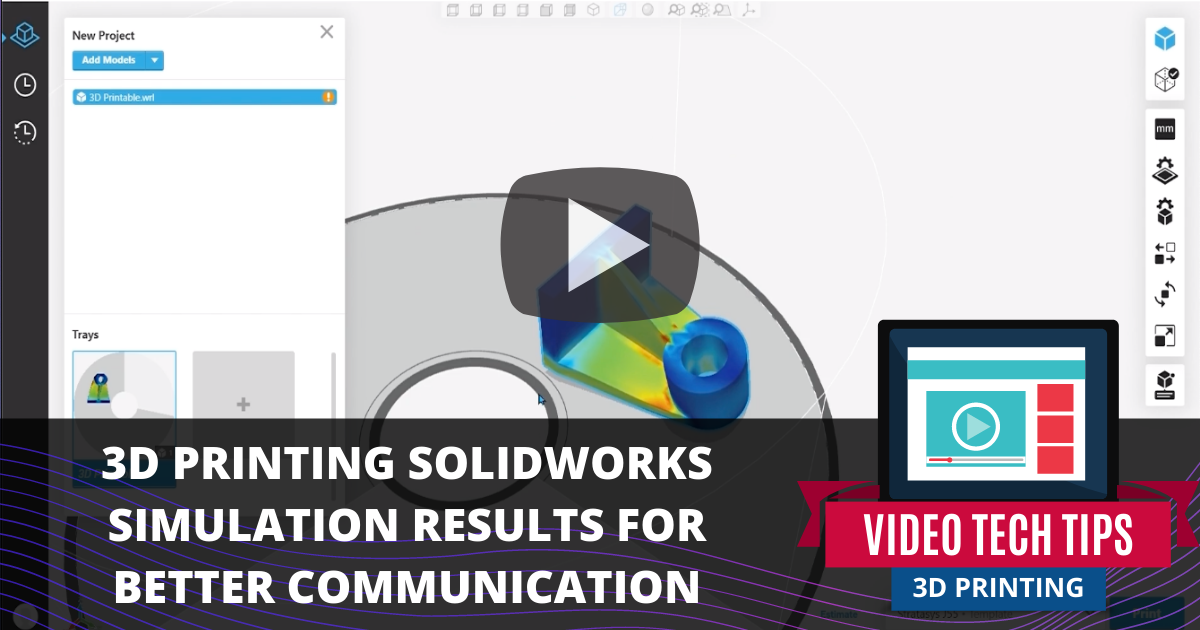 SOLIDWORKS Simulation is a widely used tool to verify designs and minimize the prototyping phase. What if it could be used in conjunction with 3D printing? Well, it can! Engineers can 3D print simulation results with PolyJet 3D printing technology. This is a fantastic way to display information to other engineers and designers about simulation results due to the inherently robust communication with a 3-dimensional, physical copy of a 3D printed part. Teams can better identify hot spots, critical points and deformations by looking at the 3D printed part in their hand. Let's look at how this is done. 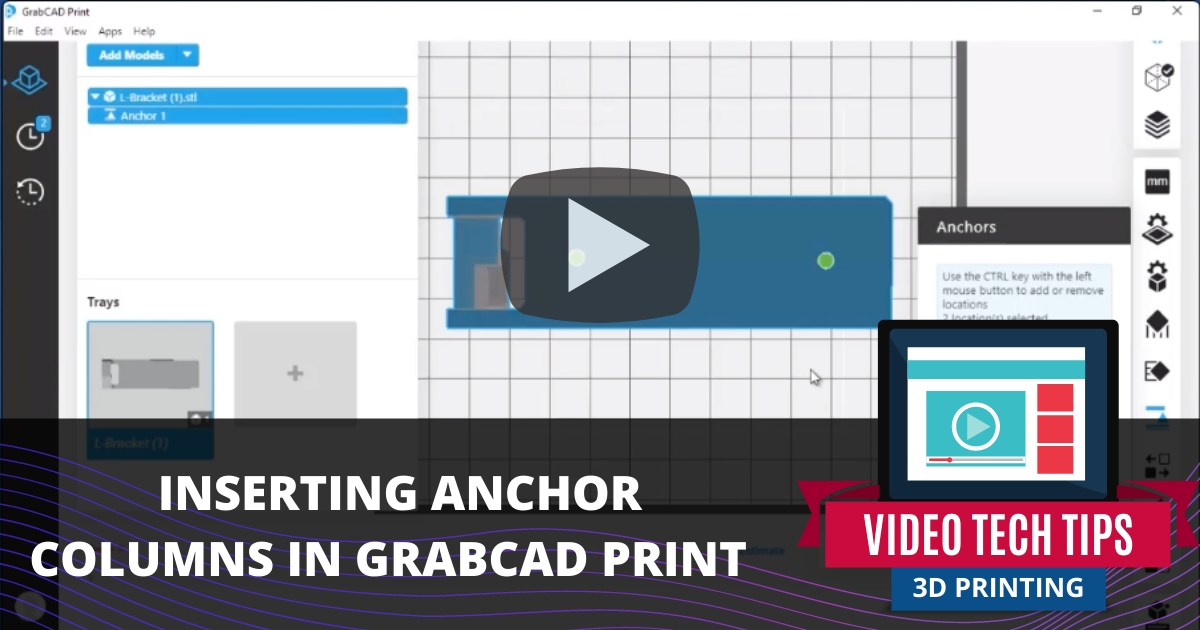 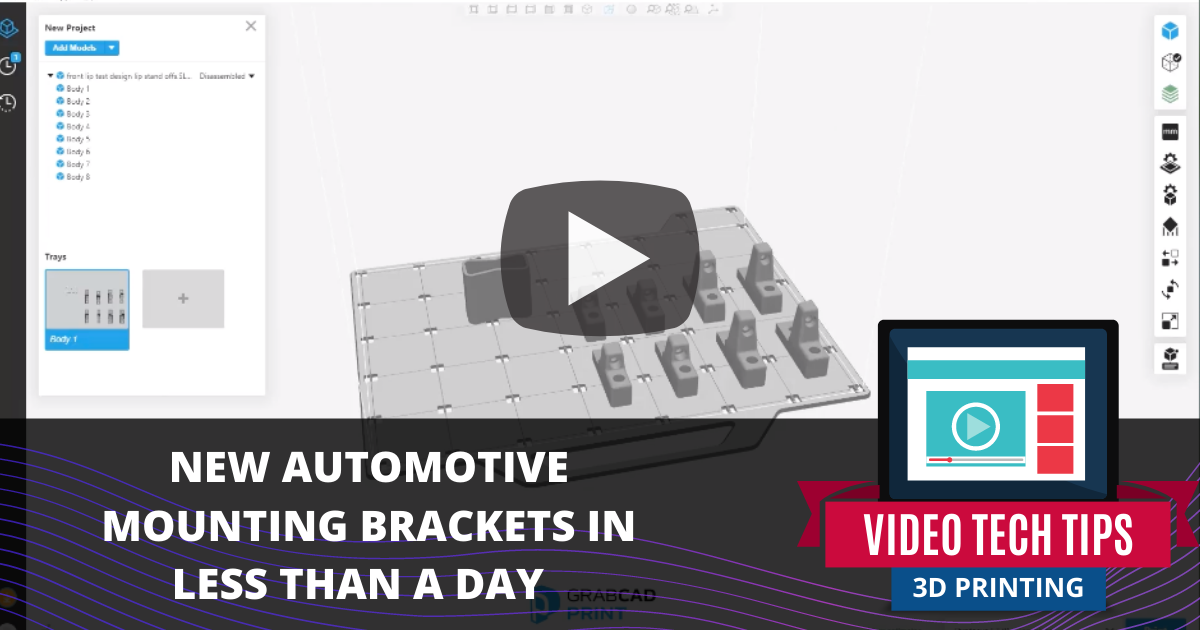 New Automotive Mounting Brackets in Less Than a Day

The goal for this project was to create a set of 3D printed mounting brackets that I wanted to bolt to the factory mounting locations at the front valance of my Toyota MR2. The original lower front spoiler on the car was cracked and in very poor shape. To replace this part would be costly and time-consuming, and because of that, I figured why not try and create my own? Let's take a look at the steps I took to create a prototype wind spitter using 3D scanning, SOLIDWORKS and 3D printing.

When you first put an STL file next to an SLDPRT file in GrabCAD Print, you might have noticed it can be difficult to tell them apart. However, looks can be deceiving, and the native SOLIDWORKS SLDPRT file format packs a surprising amount of functionality into a 3D model. In this blog post, we are going to dive into the three primary reasons you should be using SLDPRT files instead of STL for 3D printing.