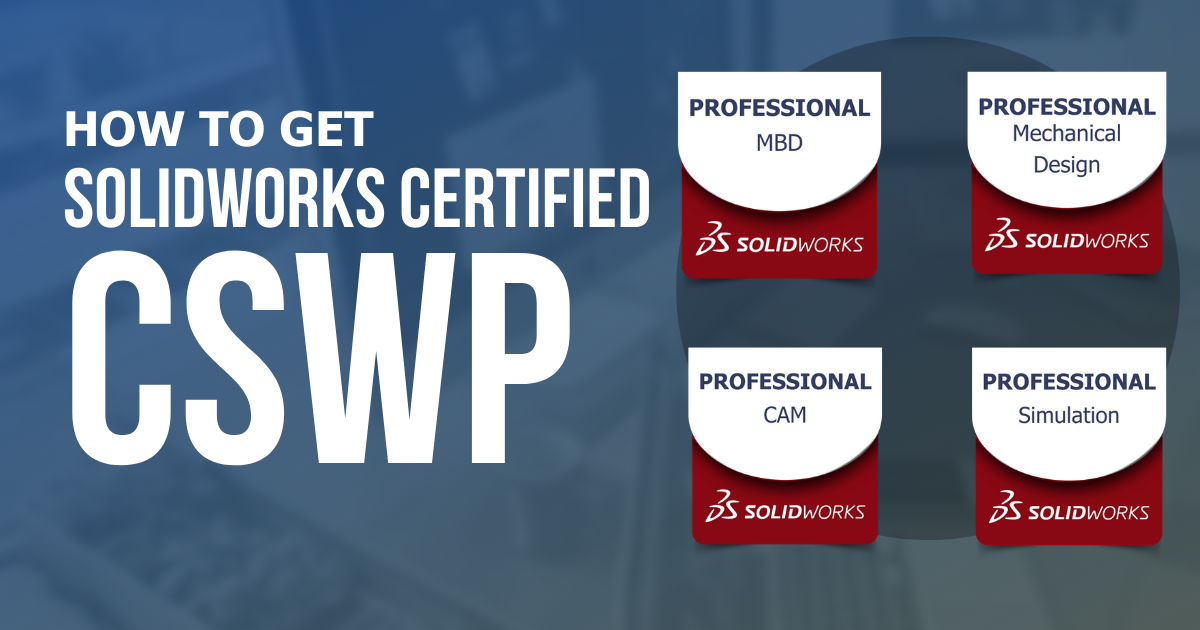 How to Get SOLIDWORKS Certified - CSWP Level

Expanding your SOLIDWORKS knowledge to optimize your skills and your resume can be a daunting task when looking at the many certification types. The Certified SOLIDWORKS Professional (CSWP) certification is considered an industry benchmark for 3D design and is one of the first steps in building your portfolio of SOLIDWORKS knowledge. It is also a pre-requisite to more advanced certifications. There are four variations that allow you to specialize in a specific area. We will cover each one, as well as the basic courses recommended by SOLIDWORKS that should be completed before taking the CSWP. 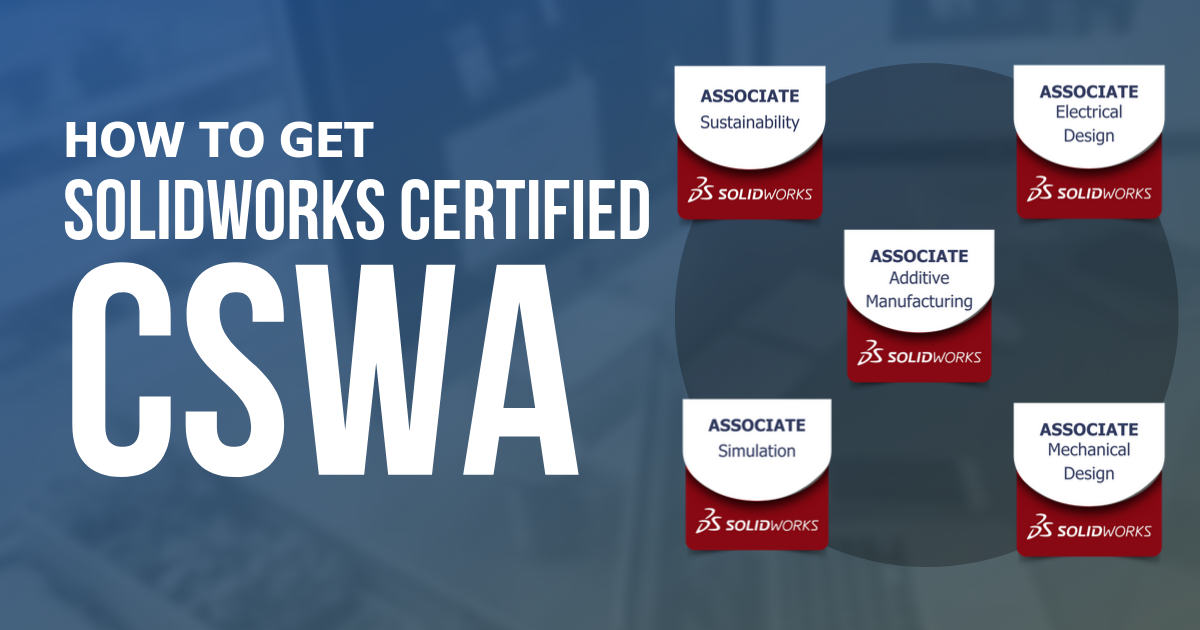 How to get SOLIDWORKS Certified- CSWA Level

Expanding your SOLIDWORKS knowledge to optimize your skills and your resume can be a daunting task when looking at the many certification types. The Certified SOLIDWORKS Associate (CSWA) certification is one of the first steps in expanding your SOLIDWORKS knowledge and is mainly taken by new users and students. There are five variations that allow you to specialize in a specific area. We will cover each one, as well as the basic courses recommended by SOLIDWORKS that should be completed before taking the CSWA. 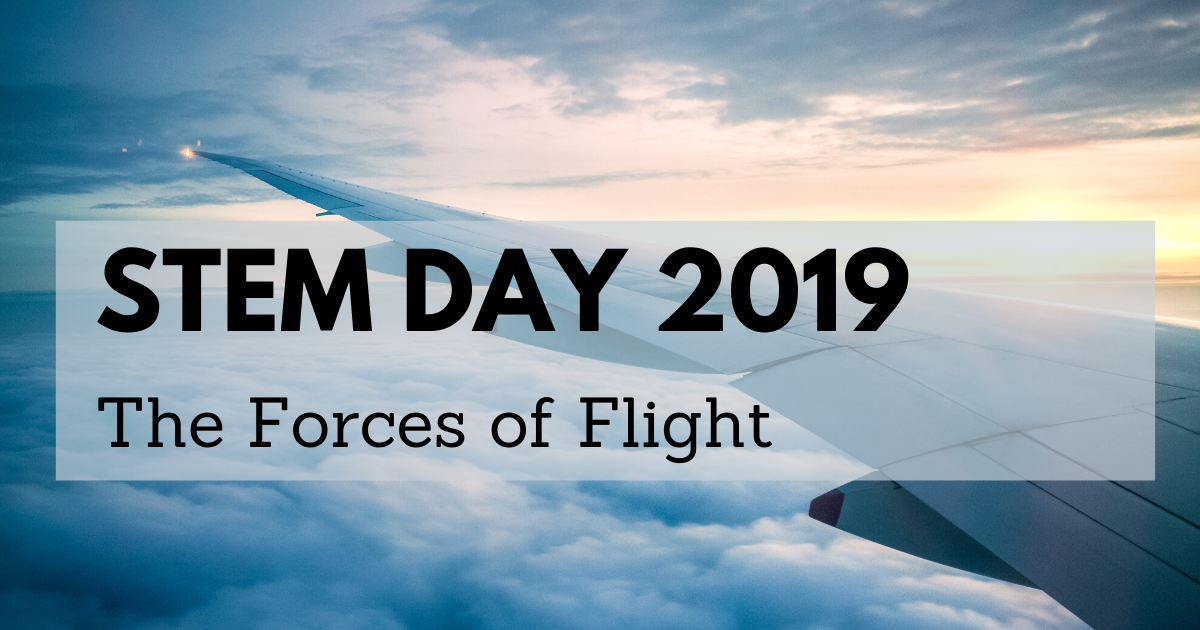 It’s STEM Day! In case you are new to this concept, STEM stands for science, technology, engineering and mathematics. The purpose of STEM is to provide young students become familiar with new technologies available and the challenges they pose for the future. Students in STEM classrooms take time to cover significant topics and fun activities in these fields, present ongoing projects or just discuss the importance of these areas in today’s world. In honor of National STEM Day, I want to share a topic that has always been interesting to me, flying. In this blog, I will cover some of the physics and mechanics involved in making things fly and how they can be tested using SOLIDWORKS 3D CAD. 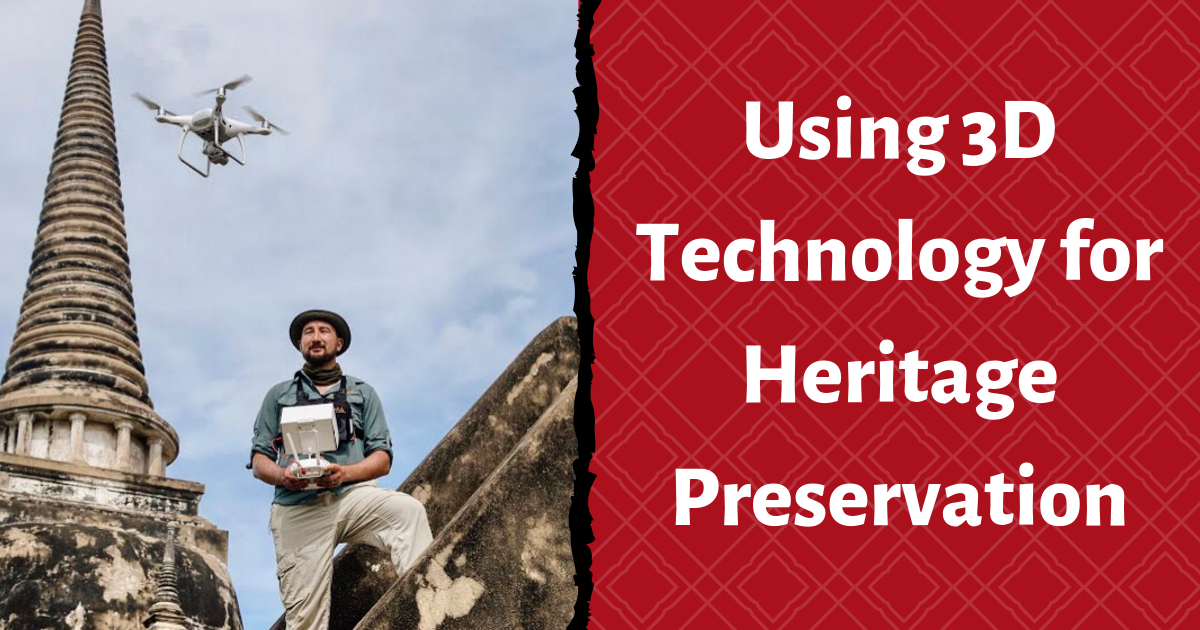 Many people’s dream is to travel the world and experience new adventures. But this might not always be the case because of natural disasters, over-tourism or even human-motivated vandalism. To document these at-risk landmarks and relics, 3D technologies, such as laser scanning, drones and photogrammetry are used to capture the detailed images of these places and objects. While heritage preservation has played an important role in encouraging more cultural exploration, there is a whole new use of 3D technology which could cause awareness and appreciation nationwide over the next decade from the comfort of our own homes. 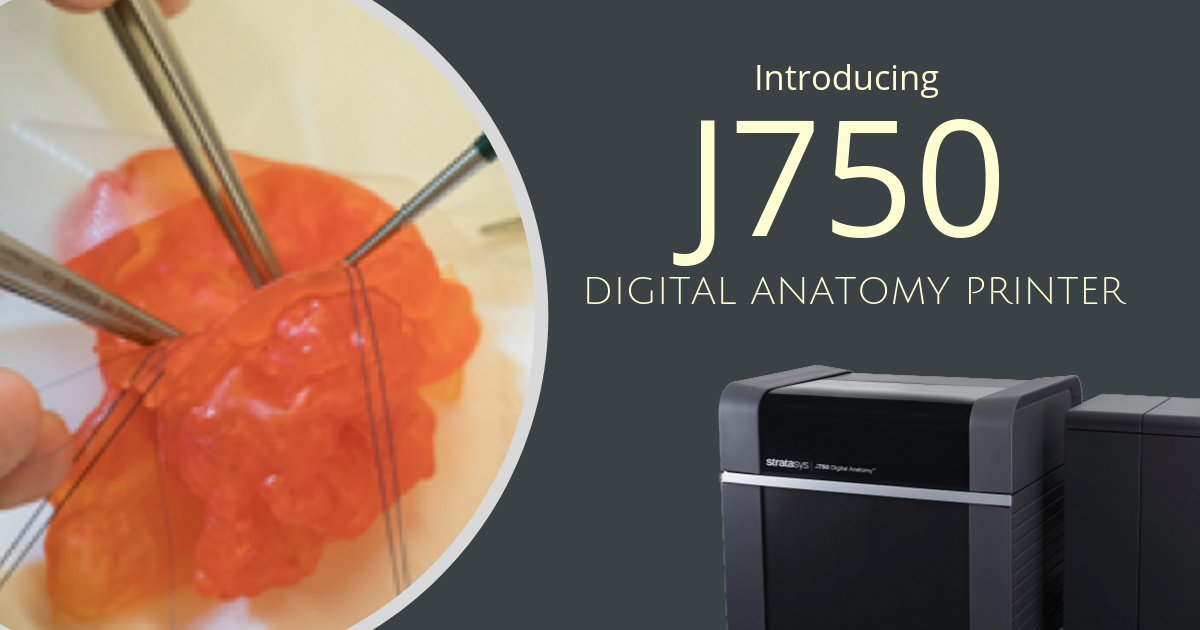 Stratasys announces the newest member to their J-series of PolyJet 3D printers: the Stratasys J750 Digital Anatomy Printer (DAP). This latest addition combines the outstanding realism of the popular J750 with anatomical simulation that is so life-like it can replace actual cadaver parts for practice and study. With hundreds of anatomical presets to choose from, this advancement allows you to practice procedures at 70% of the cost of cadavers and other medical models. The J750 DAP is the only printer today able to produce full-color, multi-material, textured models in a single print on a production scale. 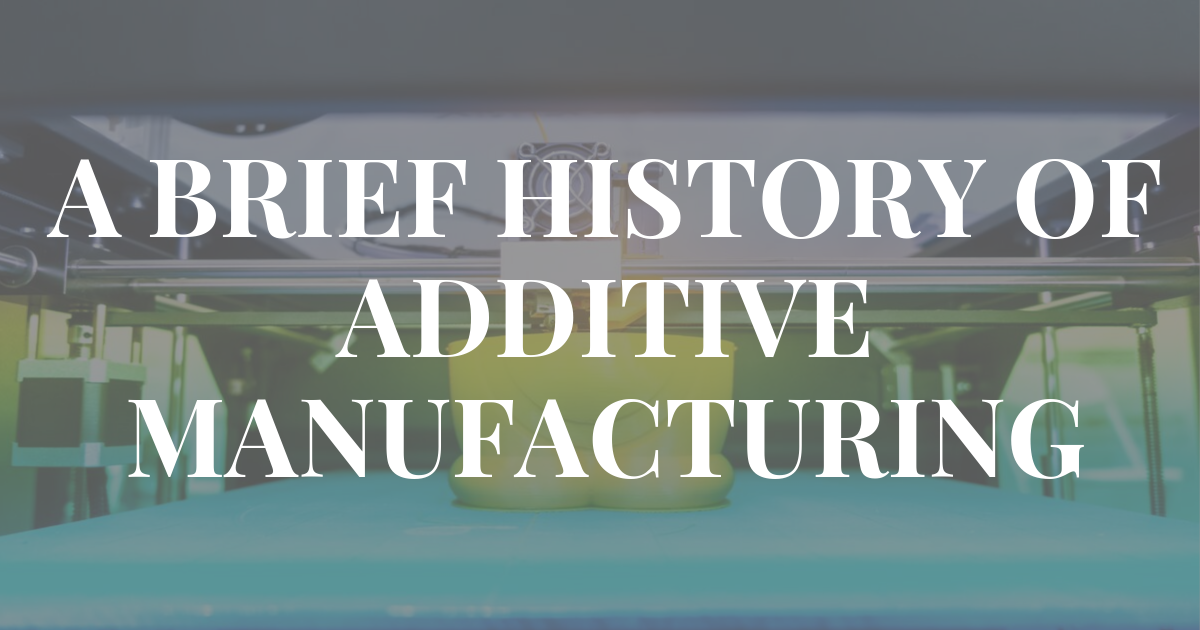 A Brief History of Additive Manufacturing

Manufacturing Day is celebrated every year on the first Friday of October, this year falling on October 4th. It is a day to boast the amazing and valuable work that is created in America’s manufacturing and fabrication sectors and to change the public perspective on what it means to have a career in manufacturing. 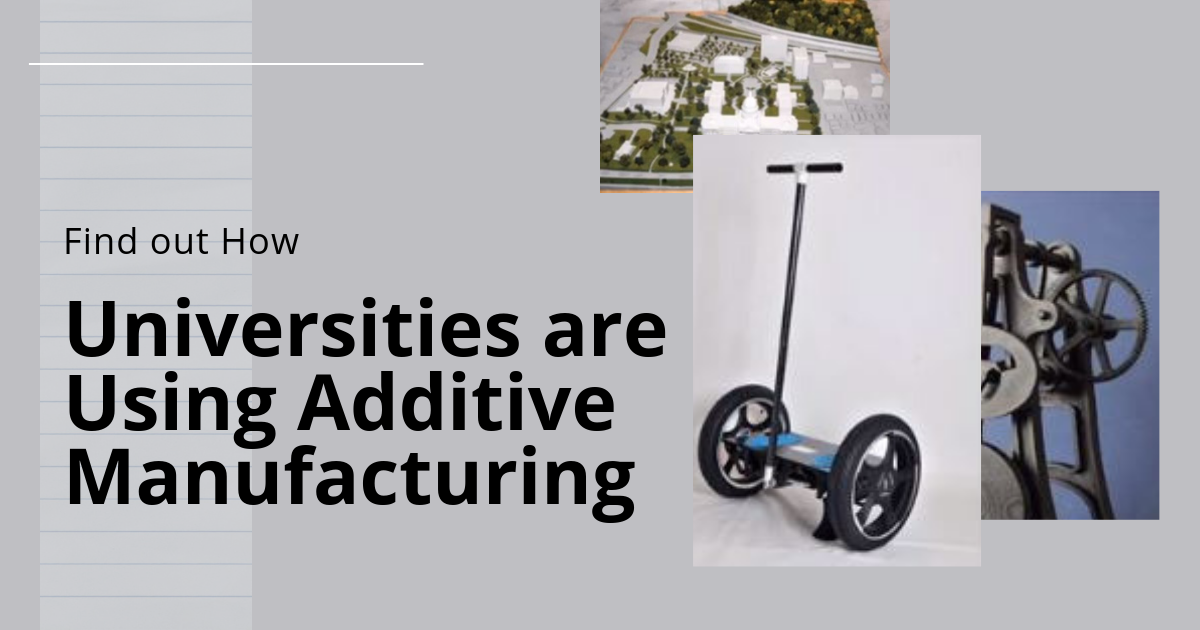 How Universities are Using Additive Manufacturing

Additive manufacturing continues to be an asset in developing products in many industries due to the quick turnaround for creating prototypes which saves both time and money. Universities are also using additive manufacturing in the classroom to better prepare students for their future careers. We've looked at several schools and institutions that are using this technology to create a culture of innovation and accountability where students can explore their design solutions through trial and error with physical prototypes to test. 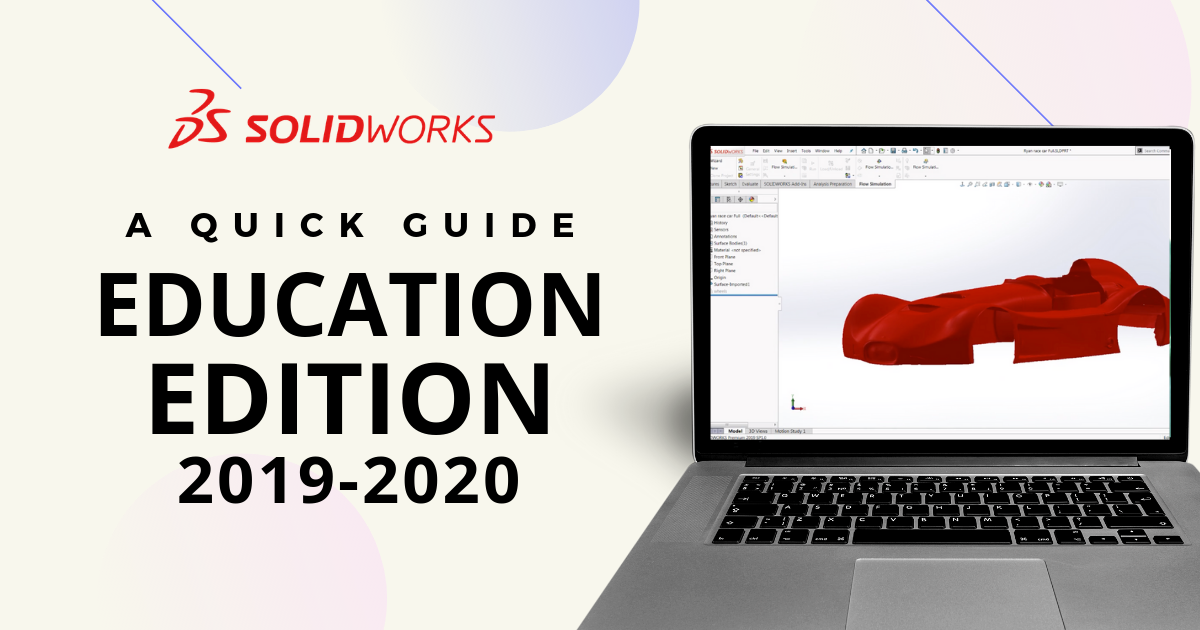 SOLIDWORKS Education Edition is the perfect solution for preparing students for a career in engineering. With more than 200,000 jobs posted a year seeking employees with SOLIDWORKS experience, investing in their training will not go to waste. There are many questions regarding the Education Edition and what all is included. Let's dive into those questions as well as the updates to the 2019-2020 version. 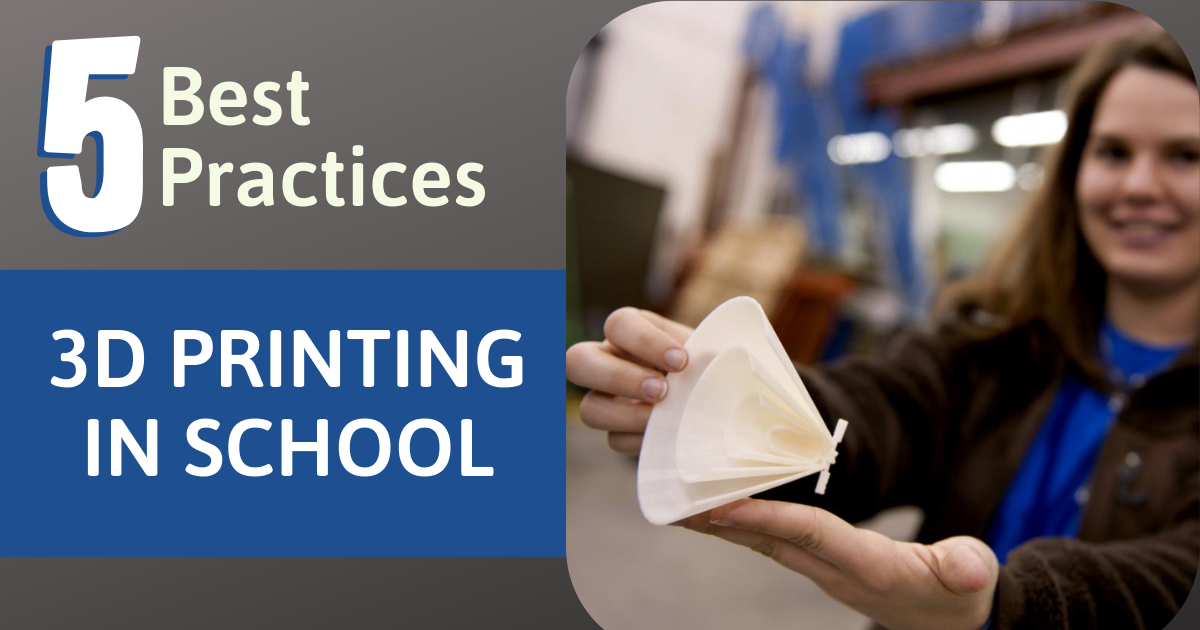 5 Best Practices When Incorporating 3D Printing in the Classroom

Incorporating anything new into the curriculum can be daunting. 3D printing is becoming a necessary skill in tomorrow's workforce and it is crucial that students learn it in the classroom. Here are the best practices to ensure the transition is successful. 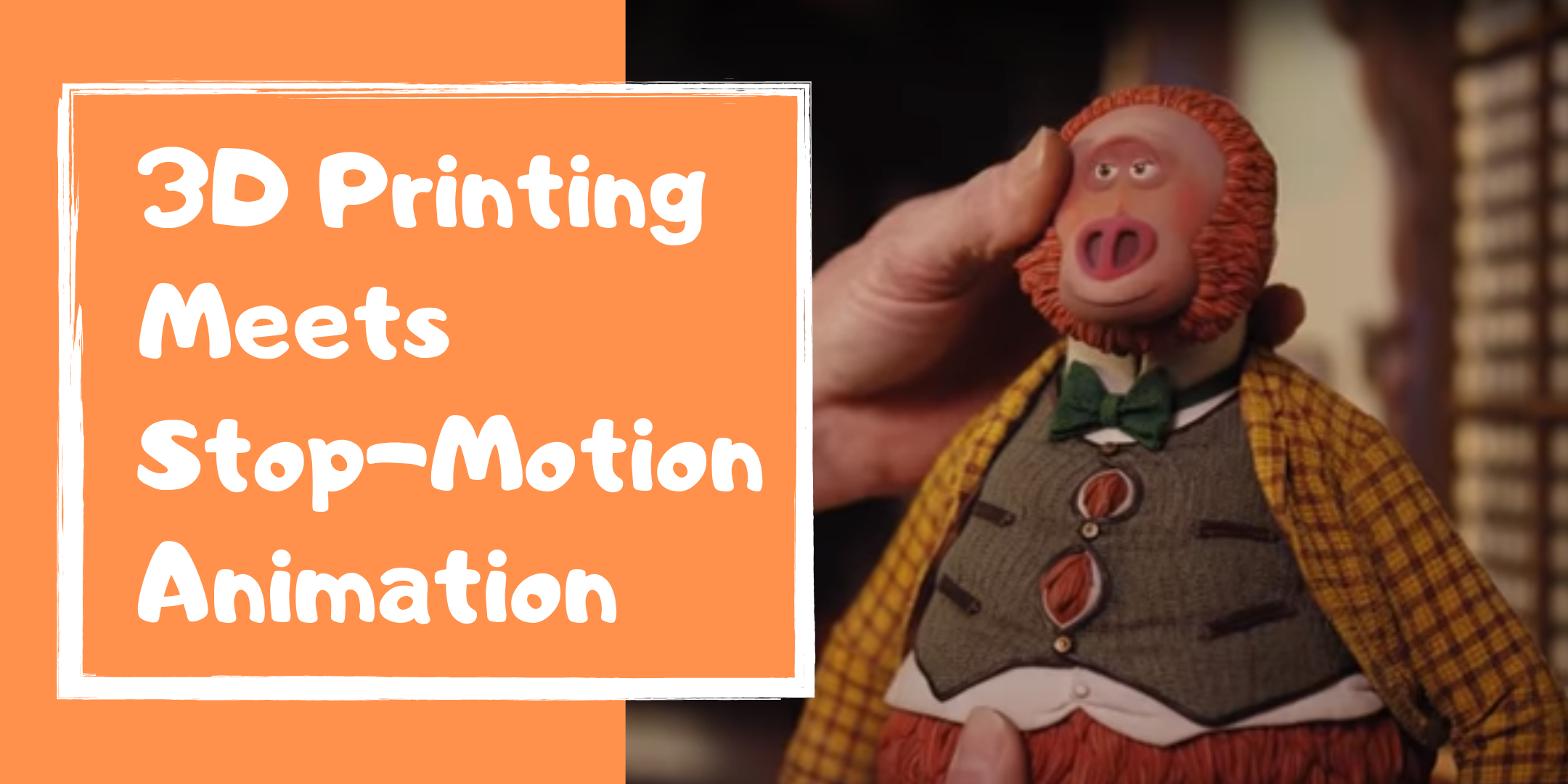 Today marks the release of the fifth movie from LAIKA studios “Missing Link.” This movie studio is known for their use of stop-motion animation in major feature films, but most don't know that they use PolyJet 3D printing technology in their production process.

“It’s really kind of an insane process that we’re doing, where we’re taking 3D printing and we’re fusing it with this really old technique of stop-motion and replacement animation and forcing these two technologies and techniques together to come up with some amazing performances and amazing results,” said Brian McLean, Director of Rapid Prototype at LAIKA. 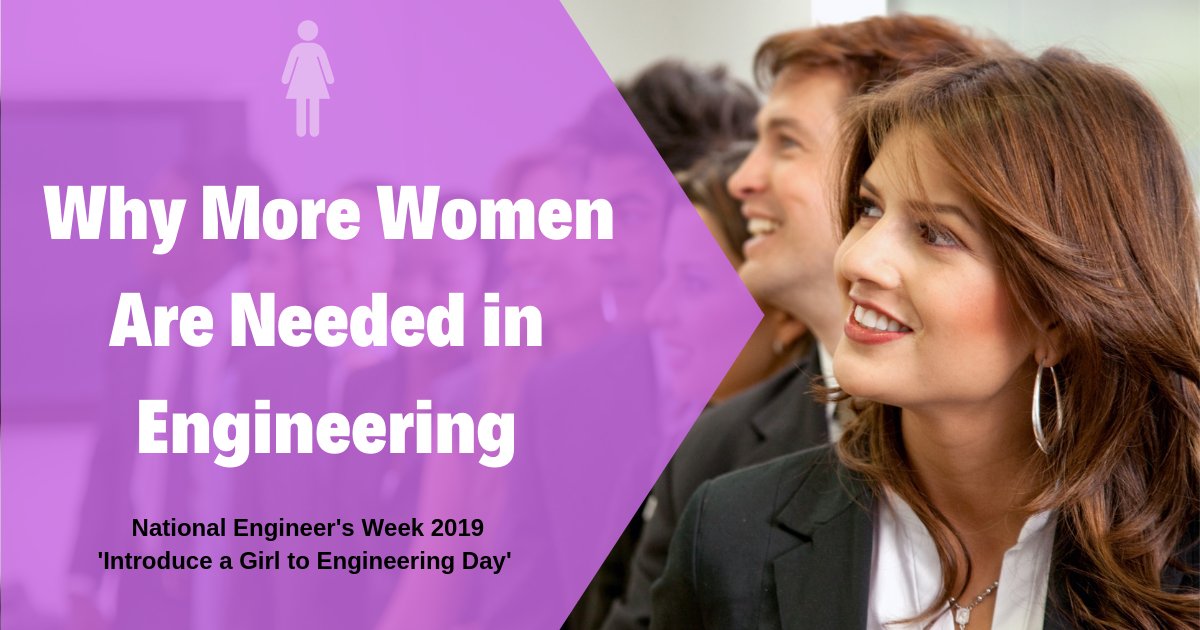 Why More Women Are Needed in Engineering

Introduce a Girl to Engineering Day is celebrated on February 21st as part of National Engineer’s Week. This is one day that is devoted to fostering a growing and welcoming environment to encourage girls to pursue careers in engineering. It’s all about inspiring the great innovators, creators and thinkers of the next generation. 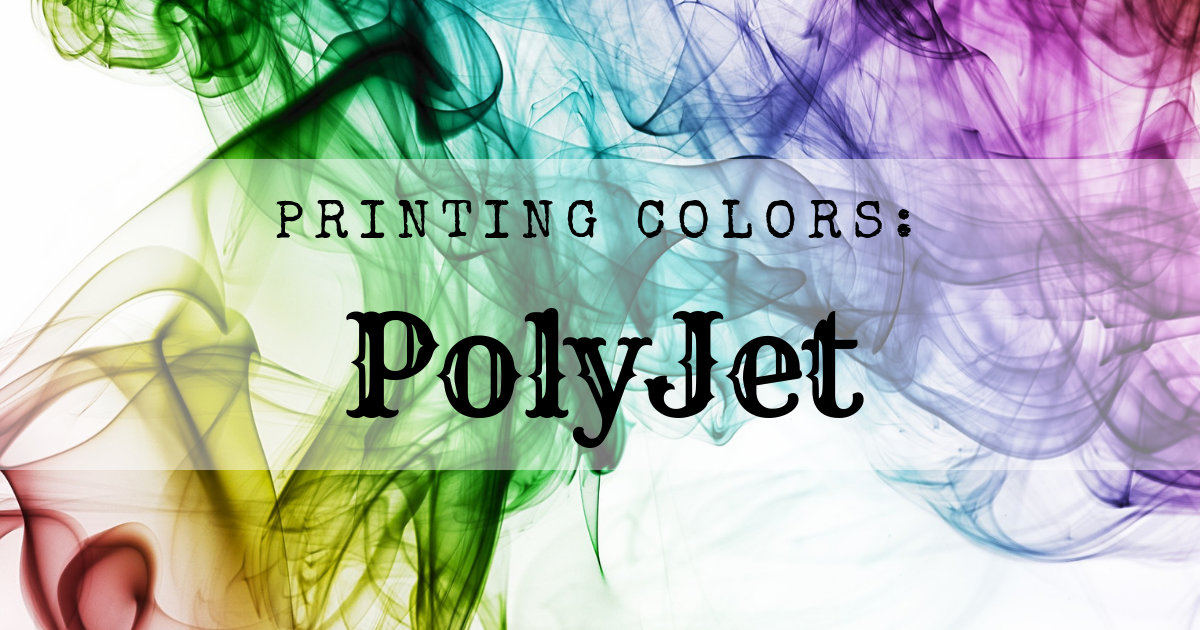 3D printing in color has been around longer than you think. Do you need a prototype printed in yellow ABS? No problem, load a yellow spool of filament in your 3D printer and voilà! You have yourself a yellow part. How about blue? We have you covered, just toss some blue photopolymer in your SLA vat and BAM! A blue part can be printed. How about a part with multiple colors? No problem. Break out the trusty sandpaper and good old-fashion elbow grease, maybe some primer, then either spray or hand paint your model until your heart is content.

Oh… you were hoping to have full color printed parts straight off the printer? Why didn’t you say so? Let me introduce you to Stratasys PolyJet technology.