SOLIDWORKS Visualize is famous for its ability to give designers a photo-realistic view at their design animation before ever being finalized and manufactured. And while it is already hugely beneficial to the design community, SOLIDWORKS 2018 out-did itself with the latest update to Stereoscopic Virtual Reality (VR) Rendering.

What is Stereoscopic Virtual Reality Rendering?

The 2018 launch introduces new tools and methods to create animations, such as 360° images and videos, that can be used for interactive Virtual Reality (VR) content. While only available in SOLIDWORKS Visualize Professional, the new Stereoscopic Virtual Realty Rendering function enables users to render two images at the same time, respectively for each eye. Users can adjust parameters such as Eye Separation and Focal Distance to define points of convergence, control the intensity of the stereo effect and change the 3D viewpoint. Stereo rendering is supported by both perspective and spherical camera projections types with two modes to display the eye images. This also allows users to take advantage of common social media formats, such as Facebook’s 360 images and videos, as well as stereoscopic 3D videos on YouTube. 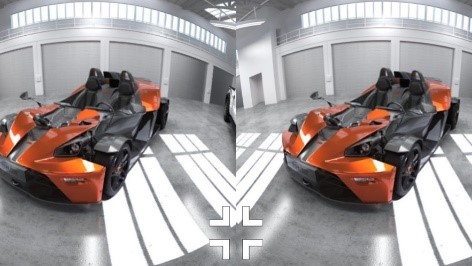 How does Stereoscopic VR Rendering impact your workflow?

For years, video gaming companies have lead the industry in VR applications. With the rise of technology such as virtual reality headsets, the need to view 3D content in VR is greater than ever before. These headsets are not limited to pure entertainment, however. A multitude of industries are starting to realize the benefits this technology provides. Imagine being able to walk around your new RV before it's even delivered or seeing what your custom-built home will look and feel like before the foundation is poured. VR is making its way into workflows in every industry.

Plus, your customers and employees can take advantage of this technology as well.  They can directly interact with your designs in a virtual world, allowing them to suggest design changes or train on new systems before manufacturing is complete.  You don’t even need to purchase an expensive VR headset, as this technology has spread to the smart phones we use every day.  Adapters like Google Cardboard are bringing Virtual Reality to the masses, and SOLIDWORKS now gives you the tools to make this a reality with stereoscopic virtual reality rendering in SOLIDWORKS Visualize.

Want to see more of our engineers' top 11 SOLIDWORKS 2018 features? Stay tuned to our blog, or download the infographic below!