Surprising Ways an Archaeology or Anthropology Department can Use 3D Printing

Throughout previous articles in our series, we’ve discussed how 3D printing is beneficial for different education departments such as architecture, fine arts and chemistry. To continue this series, we want to review how 3D printing, along with 3D scanning, is also bringing benefits to the study of archaeology. These technologies are being used in Archeology or Anthropology departments at many universities and quickly replacing traditional methods of replicating and studying historic artifacts and fossils.

When it comes to studying fossils and artifacts, researchers have a sensitive task at hand, since many of these tend to be very fragile. Because of this, researchers have resorted to doing close examination with replicas instead. Traditionally, this means covering a skull or a historical artifact with a liquid rubber to create a mold. Several factors can lead to inaccuracies in this process, such as bubbles that can occur during the curing process or perhaps the liquid rubber doesn’t flow into tight/restricted areas of the fossil, leaving areas undocumented. 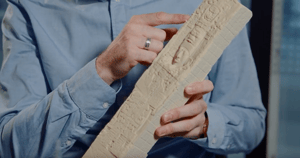 Additionally, the mold creation process can also be time-consuming as technicians must work slowly and carefully not to damage the fragile artifacts. Another downside to molding is that the molds themselves can only be used a finite amount of time as the molds suffer from wear and tear. This means that each subsequent time the mold is used, there is a loss of accuracy from the original artifact.

The benefits of 3D printing and scanning make it possible to create a digital model of the fossil without ever having to touch the fossil in many cases. The digital model can then be used to 3D print an infinite number of replicas with no degradation in fidelity and without posing a risk of damage to the actual fossil. These models can then be scaled up or down as needed and printed in various sizes, meaning the printed replicas are perfect for use in both research and in teaching.

One such example of universities benefiting from 3D printing comes from Lehman College in New York. Dr. Eric Delson uses digital models and an Objet Eden260 3D printer to produce models of a primate’s skeleton. The digital models templates used by 3D printers allow archaeologists and paleontologists to re-create the remains of long-lost ancestral primates. Dr. Delson was able to create accurate replicas of existing fossilized remains and even aid in the reconstruction of bones that failed to fossilize.

"The ability of the 3D printer to modify size is one of the great things about it for both research and teaching purposes,” said Dr. Delson. "3D printing makes it possible to reproduce Australopithecus bones that no longer exist, having been lost to decay millennia ago."

The process of 3D scanning and 3D printing fossils has been proven out with the skeletal remains of “Lucy” a pre-Homo Sapiens hominin discovered in Ethiopia in the 1970’s. While many of Lucy’s bone have been excavated, somewhere around 60 percent of her skeleton was missing. To model the complete fossil, researchers have had to reconstruct the missing pieces. They have been able to take digital models from the left side of a skeleton and mirror them to recreate examples that may not be available from the right side of the skeletal structure. In addition, fossilized remains of other pre-homo sapien hominins have been used as digital templates. For instance, a vertebra from another hominin may be too large for Lucy’s frame, but the digital scan can be scaled down, printed at the appropriate size and fit into place. 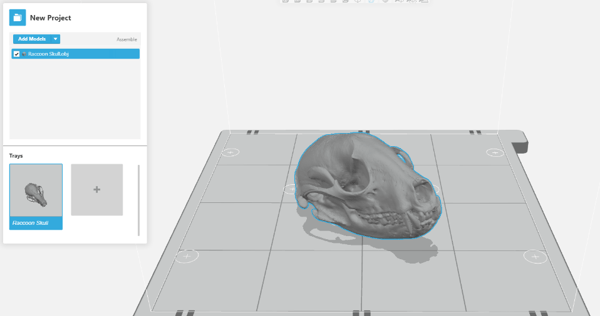 At the University of Denver, anthropology students are using 3D printing to engage with ancient artifacts. Associate Professor Bonnie Clark has been incorporating 3D printing into her Artifacts, Texts and Meanings class. This is in part thanks to museums around the world providing technical specifications in order to 3D print rare and ancient artifacts. Her students were able to select an artifact, print it at the Innovation Lab at Denver University and conduct research on the physical objects. “I couldn’t have taught the class this way even six months ago,” Clark said. “Since 3D printing is new and there’s a lot of buzz around it, the class felt timely.” 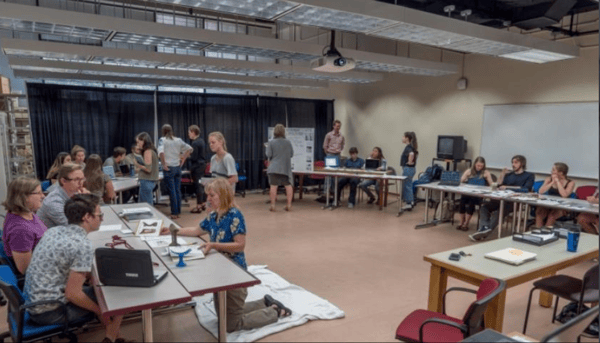 Image courtesy of University of Denver

One of her groups selected a Roman oil lamp to study. Through their examination, they were able to not only determine the type of oil that was likely used, but also concluded which sex may have carried the lamps, citing that the ergonomics of the lamps made it so that I fit better in a female hand.

Heritage preservation is the conservation and protection of historic structures, sculptures and culture of a nation. 3D scanning and 3D printing are constantly being used to help preserve history by creating replicas and blueprints of historical sites for generations to come. Google Arts and Culture is helping preserve the world’s most historic sites with 3D printing through expanding its Open Heritage Project. In an effort to make cultural heritage data available for everyone, a partnership with Stratasys and Cyrak, a non-profit organization, Google created a virtual reality portal.

3D printing and 3D scanning are quickly becoming an invaluable tool in preserving existing fossils and expanding our way of learning about history.

If you’re interested in exploring other areas in which 3D printing and scanning are revolutionizing the sciences, download our case study about 3D scanning and forensics.