It’s STEM Day! In case you are new to this concept, STEM stands for science, technology, engineering and mathematics. The purpose of STEM is to provide young students become familiar with new technologies available and the challenges they pose for the future. Students in STEM classrooms take time to cover significant topics and fun activities in these fields, present ongoing projects or just discuss the importance of these areas in today’s world. In honor of National STEM Day, I want to share a topic that has always been interesting to me, flying. In this blog, I will cover some of the physics and mechanics involved in making things fly and how they can be tested using SOLIDWORKS 3D CAD.

How Objects Are Able to Fly

Flight has always fascinated me. For as long as I can remember the freedom it has to offer has always been appealing. Understanding what forces are involved in making anything fly is critical to creating innovative, yet functional, aircraft designs. 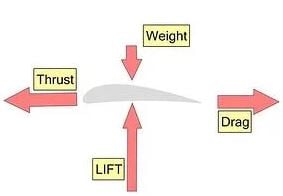 The Four Forces of Flight 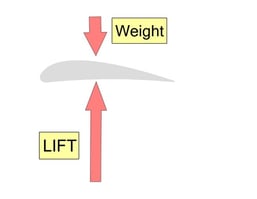 These four forces of flight come together to confirm Bernoulli’s principle. Bernoulli’s principle says that the wings of an aircraft are responsible for creating the lift forces necessary for flight, but the wings need to have a certain shape to generate lift. This shape is known as an airfoil. The airfoil is designed in a way that increases the velocity of air across the top surface. This increase in velocity across the top of the wing results in a decrease in the pressure above it. The bottom side of the airfoil is designed to have an adverse effect. The underside of the airfoil is designed to slow the velocity of air down in this area. This slower moving air exerts more pressure on the underside of the wing. Lift is the result of this pressure difference above and below the wing.

Are you wondering about thrust and drag? These two forces play the most important role in this principle. For all of the above to occur, the wing must be moving through the air. This is where thrust and drag come into play.

Thrust is needed to make the wing move forward through the air. As the wing moves through the air, the fourth force (drag) is now apparent. Drag is the force that resists thrust and is produced by forcing a shape through the air (think about when you stick your arm out of the car window). Provided that thrust can overcome the drag force, the wing will move forward. And If it moves forward fast enough, the lift force will equalize the weight force and that is the moment flight takes place.

If you’re looking for a fun in-class or at-home activity to share with your young ones on STEM Day, I’ve got it right here! To prove Bernoulli’s Principle, I modeled an airfoil in SOLIDWORKS and utilized SOLIDWORKS Flow Simulation to showcase the change in velocity as air passes over the top surface.

By using simple sketch geometry, I was able to quickly generate an airfoil profile, and turn that into a solid model. 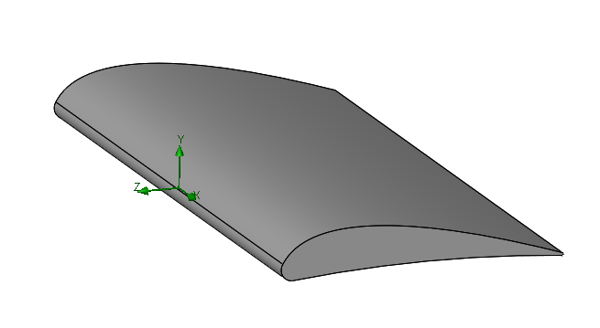 Once I had my airfoil created I could setup the flow study. Since this is a simple profile, I was able to run this as a 2D cross-section.

After running the study, I plotted the flow trajectory and set my goal to Velocity. As you can see the velocity increases as the air moves over the top surface.

The result of this increase in velocity over the wing’s tops surface is an area of a lower pressure that develops. The image below shows this lower pressure on top and higher pressure at the bottom. 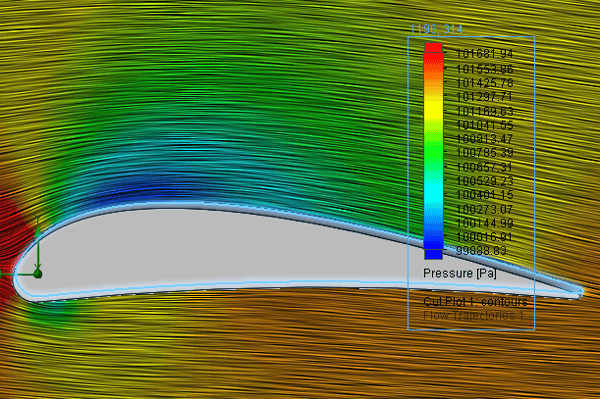 It's Not All About Bernoulli

While we can rely on Bernoulli to get a plane flying, his principle is not the only means of making a plane rise and fall in the air. Planes also incorporate airfoil-shaped surfaces that can pivot. The angle at which these surfaces are set with respect to the air flowing around them is known as the Angle of Attack (AoA).

By increasing the AoA more air will be deflected and a greater force will act on the pivoting surface. Likewise, when the AoA is decreased, less force is exerted on the surface. As the forces are applied by changing the AoA the plane rises and falls accordingly.

>> Read our blog, The Latest Design Tech From the Aerospace and Automotive Sectors

Other Ways To Test Bernoulli's Principle At Home

Bernoulli’s Principle is something you can test at home with simple everyday materials. If you take a dollar bill, hold it to your mouth and blow down its length across the top surface, the dollar bill with rise due to the lower air pressure above and the now higher atmospheric pressure below.

A fun way to test AoA is to hold your hand out the car window while traveling down the road. With your hand flat, fingers together and palms facing flat towards the ground, extend your arm out the window. Try pivoting your hand at the wrist and note the forces that move your hand up and down as you pivot your wrist.

Knowing and understanding the forces of flight is critical to making planes and other objects fly and is also a very important concept for young and upcoming professionals in STEM to understand. By utilizing SOLIDWORKS CAD and Simulation packages, I was able to modify the basic shape of the airfoil and quickly simulate and plot the resulting velocity increase over the profile. Being able to do this means that I can now optimize my design and create the most efficient airfoil possible. It also means I don’t spend more time and money building unnecessary prototypes before achieving an efficient design.

If you're interested in introducing your young ones to STEM and designing, read our blog, SOLIDWORKS Apps for Kids: Introducing 3D Design to the Next Generation.