Solution Partner Spotlight: Go From CAD To PDF With Bluebeam

Together, SOLIDWORKS and Bluebeam give users the best of both worlds by combining 2D design files with PDF or 3D models with SOLIDWORKS eDrawings. Bluebeam’s desktop, mobile and server-based products improve digital document organization between teams in the office and in the field.

All three editions include features that enhance project communication and document revision management, such as markup and measurement tools, dimensioning and document comparison. 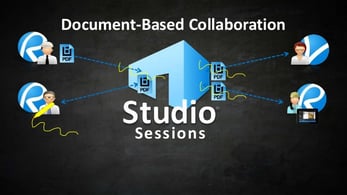 Not only does Bluebeam impact the CAD industry, their products are used all over the world by top architects, engineers and construction firms, government agencies, students, educators, accountants and lawyers.

In 2015 Bluebeam was awarded the Best Business App for Windows by the Tabby Awards, scoring highly in user experience, performance and overall business value.

Bluebeam has appeared in numerous publications, including Construction Executive, Daytona Beach News-Journal and Engineering News Record. The AV Network said Bluebeam is "both a timesaver and a lifesaver for contractors."

What's Next For Bluebeam?

Bluebeam actively listens to their customers, studying their workflows and anticipating their needs. They work hard to create intuitive solutions that merge elegant design with advanced technology, all while exceeding the customer's expectations.

To find out more about Bluebeam, check out their website.

Subscribe to our weekly Video Tech Tips to learn useful tips for SOLIDWORKS.