Every year at SOLIDWORKS World, the Product Introduction Team teases us with a long list of new enhancements to look forward to in the next release of SOLIDWORKS. This year was no different.

The engineers at TriMech voted on their favorite enhancements they're most looking forward to in SOLIDWORKS 2017, and these are the top ten:

Creating mates in SOLIDWORKS is easy and intuitive, especially when the mates solve immediately. When creating a concentric mate between a fastener and hole, the fastener will move to a position that satisfies the concentric condition. Unfortunately, this sometimes results in the fastener moving outside of the current view.

SOLIDWORKS 2017 promises to solve this by having that same fastener move close to the intended hole, resulting in less zooming and more productive assembly creation.

9. Wrap Sketches Onto Any Surface Or Onto Multiple Surfaces 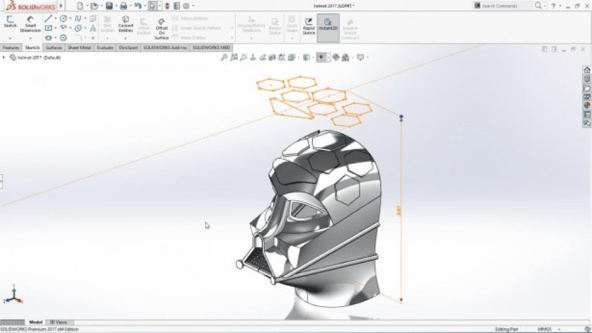 Wrapping sketches onto surfaces has long been a valuable part of the designer’s tool belt. SOLIDWORKS 2017 improves on this tool by allowing the sketch to wrap on any surface, including split surfaces or even multiple disjoint surfaces. 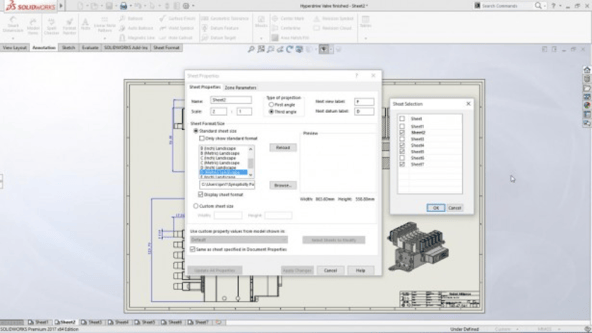 Making changes to a drawing sheet’s properties has always been just a right-click away. If you needed to make changes to multiple sheets, however, the task could become cumbersome depending on the number of sheets requiring the change.

SOLIDWORKS 2017 addresses this issue by allowing changes to multiple sheets at once. Just select the checkbox next to the sheets you’d like and click ‘Apply Changes.’ 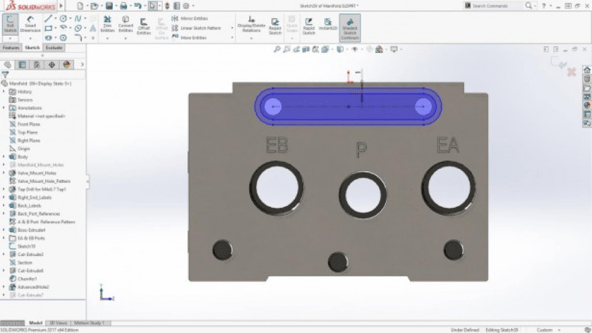 SOLIDWORKS 2017 will automatically shade any closed contours created in a sketch. Not only does this enhancement make the sketches more visible, but it also allows a greater area to select and perform actions against. This will significantly reduce sketch time by reducing the amount of time it takes to select the sketch. 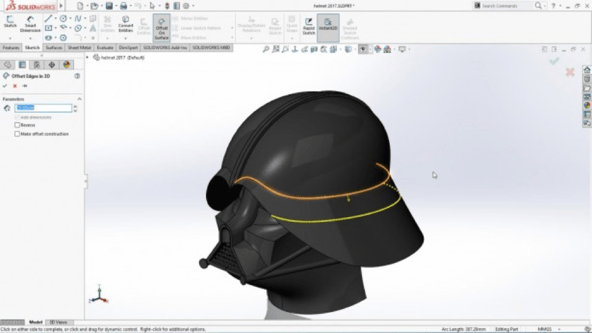 Offsetting an edge on a surface requires a series of steps and multiple tools including Ruled Surface, Offset Surface and Intersection Curve.

SOLIDWORKS 2017 includes a new tool on the Sketch toolbar called “Offset on Surface” which reduces this workflow to a single button click.

SOLIDWORKS 2017’s chamfer and fillet tools are now combined inside a single command. This means that chamfers and fillets can be easily interchanged by editing the feature in the FeatureManager tree.

The Chamfer tool’s functionality has also been improved to incorporate options that were only available in the Fillet command such as multiple sizes in a single feature, hold lines and more. 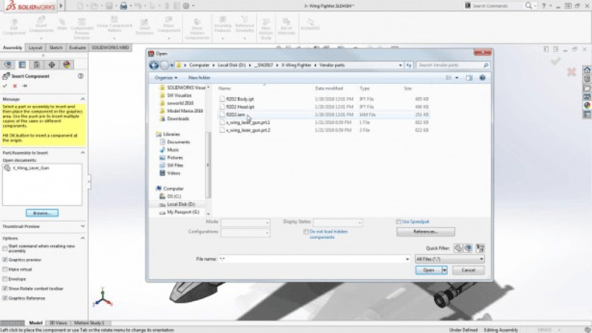 Importing CAD data from other vendors has always been a useful function inside SOLIDWORKS. However, importing that data requires SOLIDWORKS to first convert the data into its native format. This conversion can take time and sometimes causes headaches when the original data has been modified and re-imported.

SOLIDWORKS 2017 improves on this functionality by allowing the import of the CAD data without conversion, saving valuable time. Because SOLIDWORKS is using this data more directly, it can now maintain features and mate references even when changes are made to the original data. 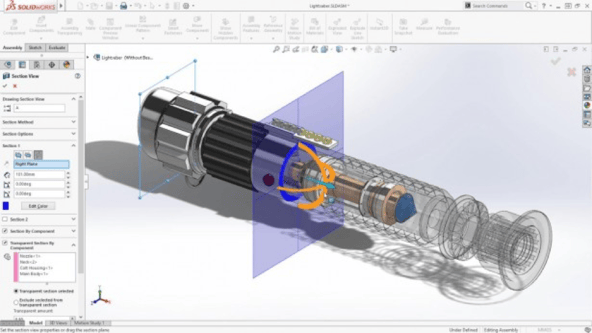 Currently, visibility of components in sections views is binary, either on or off. In SOLIDWORKS 2017, you can select components to be made transparent. This significantly aids in viewing internal components in context with surrounding components. 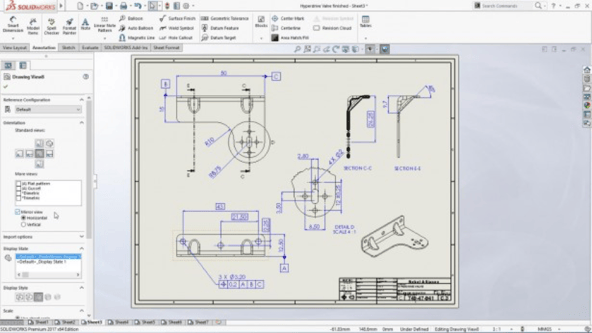 Drawing views in 2017 have been enhanced to include jagged lines in detail views, bold outlines in section views for clarity and the ability to mirror drawing views without actually creating the respective 3D part.

Magnetic mates is by far the highest voted enhancement TriMech engineers are looking forward to.

Setting up the predefined references is dead simple, and from there you simply drag components near each other and they snap into place. This works really well for the convey or in the image above but could extend to many other models like a series of NPT pipe fittings for example.