SOLIDWORKS 2019 includes a new ability for extended reality. Extended reality is an export from SOLIDWORKS 3D CAD Standard, Professional and Premium. It provides a much richer experience to view designs that are typically consumed on a flat monitor or image. With the new export option, users are immersed in a virtual environment via virtual reality headsets. The benefit is seeing an interaction between your product and the environment in such a way that was not possible until now. It is currently not available in Service Pack 0 (SP0) but will be included in future service packs.

For decades, three-dimensional design space has been the defacto standard. It replaced two-dimensional design, which replaced board drafting, and the natural evolution continues. As processes matured and evolved, we have seen new technology that allows us to design smarter and faster. Things like Model Based Definition (MBD) streamlined the communication of the design and eliminated a two-dimensional paper print, Composer for assembly documentation, Simulation for validation of products and of course, the list goes on and on in the natural evolution of design. So, what is extended reality and what benefits may you expect? 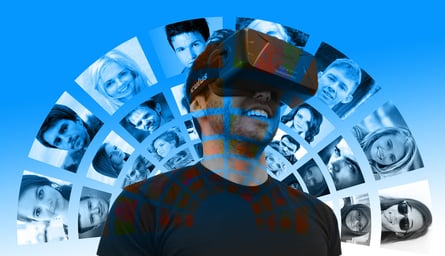 Extended reality or augmented reality is not a new concept. It's becoming more mainstream and the benefits are sprinkling themselves into design tools. It is an interactive experience of a real-world environment where objects that sit in the real world are augmented by computer graphics (your design).

Imagine seeing the jig or fixture that you’ve made virtually along with clearances and potential interferences in an immersive manner that a flat monitor cannot communicate. Imagine trying to remove a piece of car suspension in a virtually realistic way that you cannot do or imagine with a simple mouse drag or click. Think of a virtual force and collision of objects that communicate so much more information to the design process than rudimentary collision detection and interference detection that has to be induced by the user.

Extended or augmented reality comes in multiple flavors. One that is particularly exciting for me is the use of the Unreal Gaming Engine. If you’ve experienced any PC gaming over the years, you’ll know that many people use the Unreal engine behind the scenes. The software unlocks enormous amounts of additional scenes and environments that you’ll be able to see your design in a specific environment.

Augmented reality is not just a version of virtual reality that is currently available. Virtual reality provides more of an artist’s rendering of the conceptual phase, while augmented reality will help additionally on the back end of the design, that being fit and form, along with placement.

As an engineer that came from designing consumer products and also jigs and fixtures, the exciting part to me is that you can see virtual fits in a digital platform via a headset, even before rapid prototyping the parts and iterating. This is one additional layer of design that can be done digitally before any physical object is actually made.