Rendering With SOLIDWORKS on Independence Day

Whenever a holiday comes around, I like to get creative in SOLIDWORKS as you can see from a previous article I created for Halloween a few years ago. For Independence Day, I wanted to raise the flag in SOLIDWORKS! This provided a great opportunity for me to create a rendering and show you the differences between PhotoView360, SOLIDWORKS Visualize Standard and Visualize Professional.

Creating a Sketch in SOLIDWORKS

To create my flag in SOLIDWORKS, I started out with a simple sketch with equal length tangent arcs. This gave me the basis for creating a flag that is waving in the wind. From there, I extruded a surface, and used the thickening tool to give it some depth and transform it into a solid body.

Once that was done, it was time to complete Old Glory by applying a decal. With some careful scaling and positioning, I was able to get the decal applied to both sides. Once my flag was complete, I created an assembly with a flagpole so that it could flutter with the breeze high in the sky.

If you own SOLIDWORKS Professional or Premium, PhotoView 360 was most likely installed when you installed SOLIDWORKS. It can be enabled from the SOLIDWORKS Add-Ins menu. PhotoView 360 runs directly inside of SOLIDWORKS and does not require users to leave the application to set up a rendering. View setup is simple, since it is done entirely in SOLIDWORKS. Part and material appearances are also added directly within SOLIDWORKS. Users can add various lights and backgrounds to the scene within the SOLIDWORKS graphics area. For this example, a spotlight and background of fireworks were added to the environment. This showcased the flag assembly as if it was being viewed in front of a fireworks display. 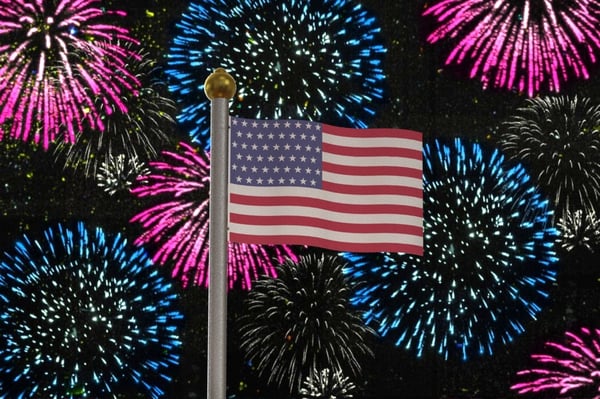 PhotoView 360 is a great integrated solution for creating rendered images of your designs, but it does have some limitations. While it creates photo-realistic images, it doesn’t have the same ray tracing capabilities of other high-end rendering packages. The rendering is also calculated entirely by the computer’s CPU. This can severely consume system resources, as well as lead to much longer render times on complex or high-quality renders.

SOLIDWORKS Visualize Standard takes it to the next level. Just like PhotoView 360, it is included with a license of SOLIDWORKS Professional or Premium for users who are currently subscribed. It is a standalone application that can import several CAD formats. This allows the application to be run separately from SOLIDWORKS without consuming a SOLIDWORKS license. This can be a great solution for organizations where the rendering might be created by another team, such as the marketing department. SOLIDWORKS parts and assemblies can also be monitored for any design changes.

This allows renderings to be set up earlier in the design process, without concerns that the work will need to be repeated once the design is updated. SOLIDWORKS Visualize is a fully capable ray tracing rendering application. Reflections and refractions of light will have a higher quality and more photo-realistic appearance once the rendering has been calculated. The calculations can also be done on either the CPU or the GPU when using a supported graphics card. Below is an example of a similar rendering that was created in SOLIDWORKS Visualize Standard. The lighting and textures look more realistic, and it leads to a higher quality image. 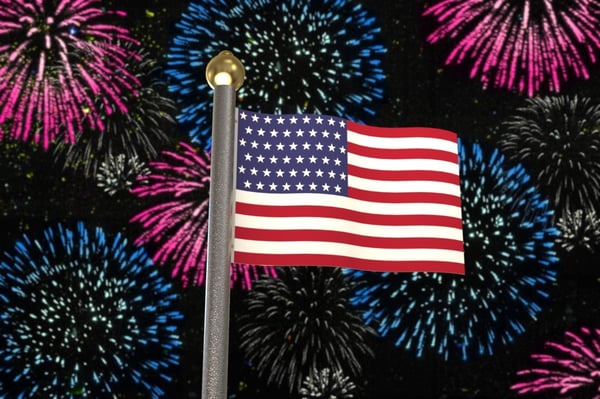 SOLIDWORKS Visualize Professional allowed me to really make my rendering pop. Some texture mapping was applied to the flag to make it look more like fabric. Post-processing tools were then applied to really make it pop. Bloom was added to simulate the glow from the spotlight reflections. I was also able to add a depth of field effect so that my image focused on the flag. Additional post- processing, such as a vignette effect around the outside of the image, and increased saturation and exposure make this image stand out. 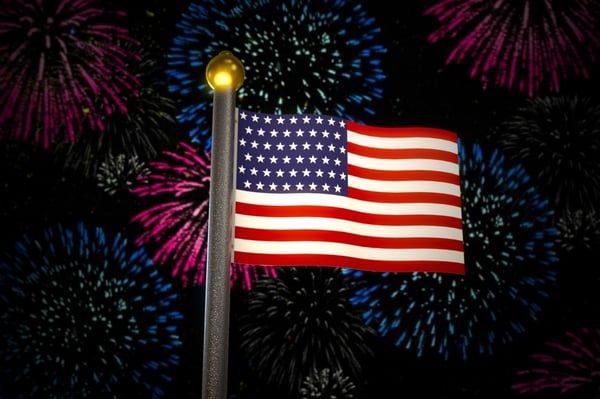 Visualize Professional also allows users to create fully rendered animations of their parts and assemblies. These can be imported from SOLIDWORKS motion studies or created directly within SOLIDWORKS Visualize Professional. Both component positions and camera views and angles can be animated. The filters and effects can also be changed throughout the animation by using key frames.

Finally, Visualize Professional also allows for more advanced output, such as 360-degree rotations of parts and assemblies, and even Virtual Reality content! The possibilities are endless and can help make your designs stand out from the competition.

These different rendering tools in SOLIDWORKS offer comprehensive ways to generate photo-quality imagery and interactive animations that can help you showcase your designs and prototypes. With these tools you can effectively communicate complex details and product features across the different departments in your company.