3D printing in color has been around longer than you think. Do you need a prototype printed in yellow ABS? No problem, load a yellow spool of filament in your 3D printer and voilà! You have yourself a yellow part. How about blue? We have you covered, just toss some blue photopolymer in your SLA vat and BAM! A blue part can be printed. How about a part with multiple colors? No problem. Break out the trusty sandpaper and good old-fashion elbow grease, maybe some primer, then either spray or hand paint your model until your heart is content.

Oh… you were hoping to have full color printed parts straight off the printer? Why didn’t you say so? Let me introduce you to Stratasys PolyJet technology.

Stratasys PolyJet technology is a 3D printing process that sprays special liquid resins called photopolymers that turn from a liquid to a solid when exposed to UV light. With a traditional 2D color inkjet printer, there is a series of printheads that move back and forth printing a color image on a piece of paper with typically 4 colored inks (cyan, yellow, magenta and black). Now imagine replacing the paper on that printer with a build-plate, and the ink with photopolymer.

By replacing the paper with a build-plate that slowly lowers down onto the machine, we can repeatedly print an image many times on top of itself making it thicker and thicker with each pass. Because the ink in this example is now a photopolymer, we can flash a UV lamp on the photopolymer between passes of the printhead to turn the just jetted liquid polymer into a solid rigid layer of material.

By using multiple printheads and resins (inks) just like the 2D color printer, the PolyJet printer can jet multiple colors of photopolymer simultaneously to print full-color parts that are basically stacks of thousands of 2D images printed one on top of another.

Two types of PolyJet systems exist that can print multi-colored parts directly off the printer, the Stratasys Connex3 line (260/350/500) and the Stratasys J-series printers (J735/J750).

The Stratasys Connex3 line of printers can print with three different resins or one at a time. In the world of color, this means it's possible to load a cyan, magenta and yellow resins into the machine and get a wide range of colors enabling the printing of full-color parts with no need for additional painting. There are some limitations on colors that can be achieved in tints and shades because neither black or white are in the mix when doing full color. To hone in on one particular range of colors, a Connex3 printer can be loaded with two colors plus a white, black or even transparent to get more tones out of secondary colors. 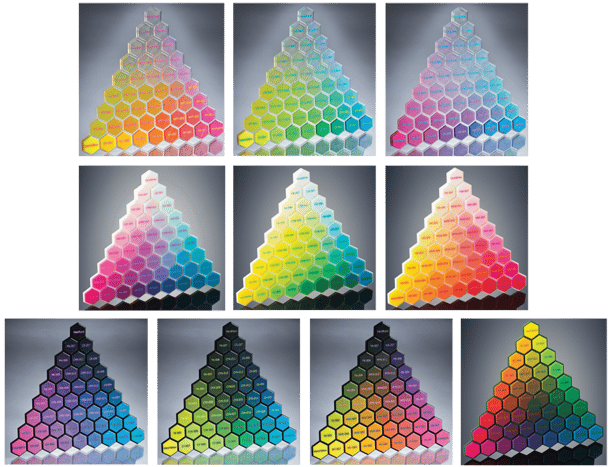 While the Connex3 is capable of an amazing array of colors that is far beyond other previous technology – Stratasys always had bigger plans for what could be done by adding black, white and even clear to a three-color mix. The release of the J750 and now the new J735 opens a totally new world of 3D printed color by utilizing 6 different model resins at one time. By jetting cyan, magenta, yellow, black, white and clear resins simultaneously, the J-series printers can create a range of over 500,000 color combinations. This capability opens the doors for a wide range of markets including education, consumer goods, automotive and medical industries to produce models and prototypes with detail and finishes that were previously unobtainable with little to no post-processing needed. 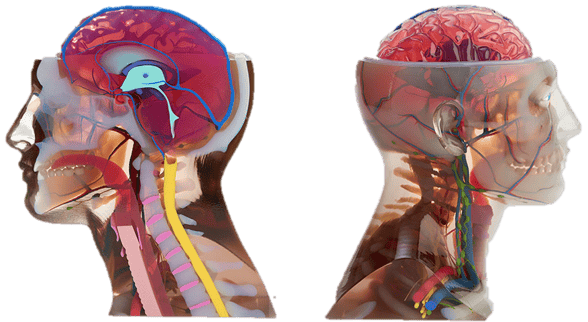 Just a few months ago Stratasys set out to improve the color pallet of the J750/J735 by releasing new vivid color variations of their magenta and yellow resins. These resins boast very vibrant pigment loads that maintain better saturation when mixed with other colors than their predecessors did. This became very evident in transparent applications and has opened entirely new areas of adoption for Stratasys PolyJet parts in areas like automotive lighting, electronics and consumer packaging prototyping. 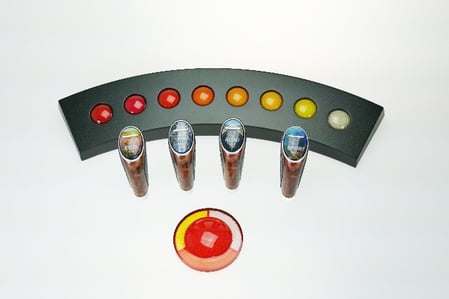 Thus far, we have only talked about the mixing of colors. Stratasys PolyJet 3D printers can also print resins with various hardness and flexibilities which can be mixed together to create blended materials with unique physical properties called Digital Materials.