Moving into the Future with Visualize 2018

Chances are you watched the Olympics from the comfort of your own home. Well, what if you could experience the thrill alongside these athletes? Picture looking down the barrel of the half pipe during the snowboard finals or sitting in the middle of the pack of the fastest speed skaters in the world. Wouldn’t that be awesome?! With a virtual reality headset like Oculus Rift, HTC Vibe or Google Cardboard, you can feel the action.

Virtual reality headsets aren't just for sports and video games, however. Immersive experiences are now here in SOLIDWORKS. Beginning in 2018, SOLIDWORKS Visualize now offers users the ability to not only see renderings, but visually interact with these environments dynamically.

I decided to be a guinea pig and explore the feature for you. For only $15 a set, I invested in Google Cardboard V2. It should be noted this does require Visualize Professional- the Pro function has additional features such as animations, virtual reality, panoramic images, configurations, advanced lighting and more.

So after giving it a try, I was able to figure , how does this work with Visualize 2018 SP0 and newer versions?

Step 1: Increase the ray-tracer to Fast or Accurate. 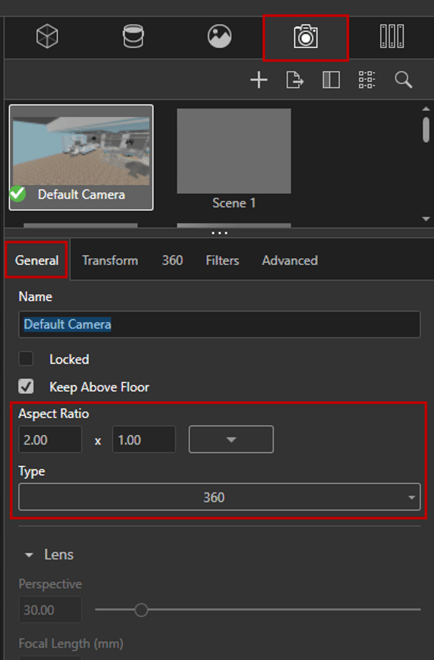 Step 3: Set up stereo two in the stereoscopy options.

Stereo two is where I've had the most success. The following options are necessary, and as you can see, it’s not hard to set up.

So, then what? I uploaded my 360 images to Flickr, although any URL that you can get to will work as well.

vrEmbed is an open source tool that will take an image and turn it into a VR experience. It’s built into the web browser and no additional software is necessary.

If you already have Visualize Professional, all you need is a $15 investment for Google Cardboard V2 to see where this technology is headed. Just imagine all the possibilities that augmented reality and continued hardware evolution will bring.

My content will continue to grow with time and advancements, but this is what I currently have- look out for more VR animations to come!

Want to learn more about SOLIDWORKS Visualize? Check out our webinar!