Meet The Next Generation Of Engineers: YETI Robotics 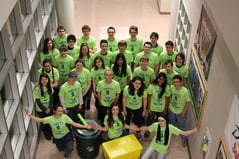 The FIRST Robotics competition is the ultimate sport for the mind. During an intense six-weeks, teams of 20 or more students are challenged to raise funds, design a team brand, learn true teamwork skills and build an industrial-size robot.

YETI Robotics was created in 2011. Since their inaugural year, the team has won the Rookie Inspiration Award and has attended the World Championship twice.

At their local FIRST Robotics competition in 2016, the 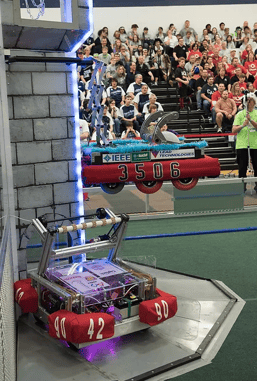 team won first place in the Robot Game and won the Chairman's Award. This win took them to the State Championship where they ranked the #1 team in North Carolina! Their awards during this competition included:

Not only do they compete, they also raise awareness about computer science and engineering in the community. They participate in annual events such as DigiGirlz, Battle of the Bots, DNC, CIAA, Airport Youth Day and Geek Fest, reaching thousands of people a year.

YETI Robotics also offers regular outreach activities at ImaginOn, a children's library and theatre and is working with local ministries for disadvantaged youth.

For more information about YETI Robotics, check out their website.