Make Your Own Solution: Exploring Simulation with a DIY Meat Smoker

Barbecue season is right around the corner! So, for this week's Make Your Own Solution, I am using SOLIDWORKS Simulation and SOLIDWORKS Flow Simulation to design a meat smoker out of a cardboard box and a broken crock pot.

Pushing the Boundaries of Simulation

If you have ever had the excitement of creating a new design, you have inevitably had questions come up that prevented the project from moving forward until they were answered. Questions like: Do we really need to use high strength (high cost) steel in this application? Is the design far enough along to justify spending the time building a prototype? What if this part gets shipped to the Sahara rather than Antarctica?

The project bogs down as the list of “what ifs” grows. Is this even a reasonable project?  Or, I guess the real question should be how to you convince your significant other that your DIY smoker is a "good" idea?

The answer is Simulation. By running quick studies early, you can tell if your design is on the right track or if you should scrap the project in pursuit of a more promising opportunity. Later on, simulation can help refine a design, dialing in parameters, saving time over building full prototypes. You can even use simulation at the end of a project to validate that the design will meet the project requirements and to create vivid illustrations to show clients how the design functions.

When most people think of SOLIDWORKS Simulation, the mind immediately goes to a structural FEA. And while SOLIDWORKS does make creating structural studies very straight forward, there is much more to Simulation than linear static studies. 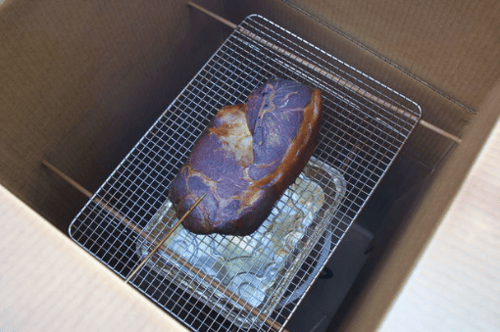 Recently, I wanted to make a meat smoker out of a cardboard box and a broken crock pot. At first blush, this may seem like redneck engineering, not fit for simulation. However, I wanted to know if my idea would work or if I needed to modify my plans (before burning the house down).

With SOLIDWORKS Simulation, I could determine that I should NOT have the cardboard box touch the heat source. Doing so, would cause the temperature of the cardboard to rise to the point of combustion. However, I also wanted to know if the smoker would come up to temperature in a New England winter and if free convection would be enough to create consistent cooking. 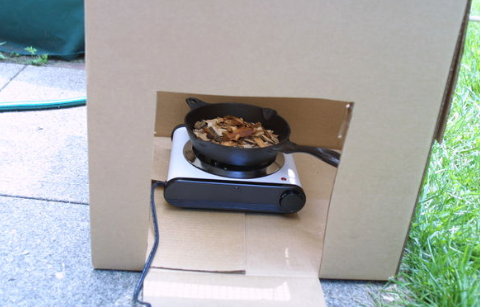 To see how I solved these and other design questions, check out the video.

Have ideas about something you want to make? Comment below! After all, there is always more than one way to make your own solution!