From Henkel Loctite, we have 3172 HDT50 High Impact Photoplastic. Aside from the jumble of letters and numbers in the material name, we note the phrase “high impact”, meaning this material exhibits utility in a variety of harsh applications such as machining and tooling, housings and jigs and fixtures. This material is relatively ductile with an elongation at break of 108%, Shore Hardness of 72 D and an excellent surface finish. Combined, these properties create a material that can be machined, tapped, reamed and even polished for the perfect end-use part appearance and functionality. 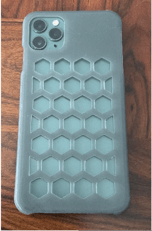 Another interesting point to note is that parts created with DLP technology are nearly isotropic, meaning that there is no tangible difference in part strength with respect to the orientation in which it was built. The solid and near isotropic nature of digital light processing (DLP) printers play a large role in the capabilities and performance of the parts once cured, and when combined with high-performance single part resins such as Loctite 3172, the possibilities are virtually endless. 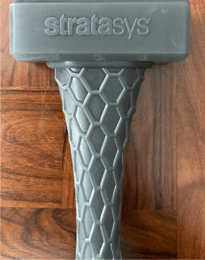 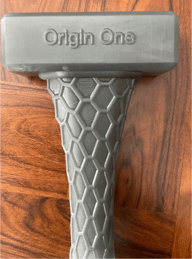 Overall, Loctite 3172 possesses very desirable mechanical properties for tough applications as it closely mirrors those of polypropylene. This material was developed by Loctite using an Origin One, so this material will be available as one of the certified resins readily available for use on the Origin One system. Loctite 3172 is available in either gray, cyan or clear but may exhibit slight mechanical differences due to additives in the formula. For the best mechanical performance, Loctite 3172 Gray is recommended.