How to Design for 3D Printing Success

Enough books to fill a bookshelf have been written about Design-For-Manufacture (DFM) parts that will be machined or casted. On the other hand, when it comes to resources on how to DFM for 3D printing, there is a void.

PolyJet 3D printing performs similarly to inkjet document printing. However, instead of jetting drops of ink onto paper, PolyJet 3D printers jet layers of liquid photopolymer onto a build tray and cure them with UV light. The layers build up one at a time to create a 3D model or prototype. Fully cured models can be handled and used immediately, without additional post-curing. 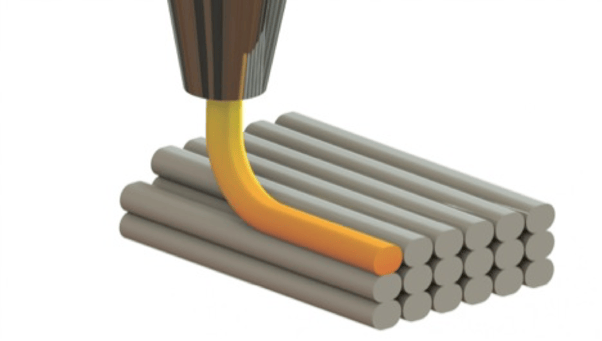 Above Image: An FDM print head laying down a bead of plastic – artist’s rendition

This basic layering interaction is the foundation for most of the FDM design rules for 3D printing success.

For example, if your printer lays down beads with a 0.010” thickness in the Z or vertical direction and the part you want to build needs to be exactly 2.515” high, you’re going to have a problem.

Rule #1: Make sure your part height is a WHOLE multiple of your printer’s Z thickness.

A whole number prevents your print software from having to decide if it should add an extra layer of plastic to reach your height or take one away. You want a human to make that decision, not the software.

Rule #2: Make sure your wall thickness is at least TWO multiples of your printer’s bead thickness.

Even if your 3D printer can theoretically make beads that are 0.005” in the X or horizontal direction, you can’t just slap up a wall that thin and expect it to stand. When printing with Stratasys FDM printers, we’ve found that side walls two beads thick can be successfully made. However, your print will usually be better off doing even greater multiples:

There are many factors you need to consider when planning and designing a part to be 3D printed, and part dimension is just one. Optimizing build times and reducing material use are very important and lead to the second basic principle: building support.

The black support beads take the same amount of time to lay down as your actual plastic beds, thus adding to your build time and cost. While it’s not always possible to remove overhangs, it can be easier than you think: 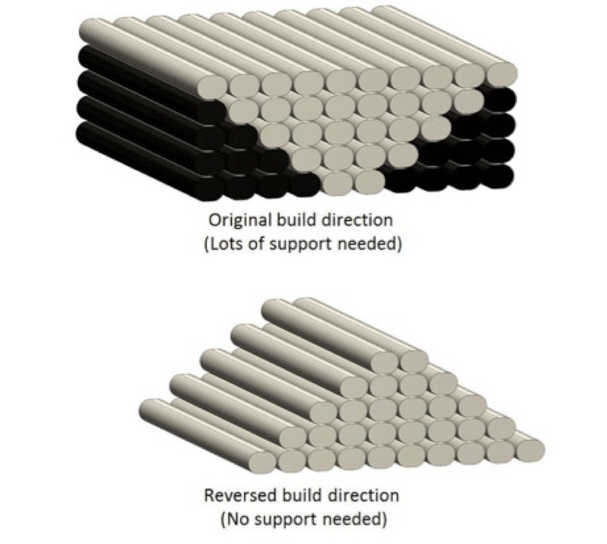 Simply reversing or changing the build direction could save a lot of time and support material. Therefore:

You don’t have to actually print the part in two directions, as shown above, to get the benefits of less support. Most printing software will automatically calculate the support material required in each instance. All you have to do is set up the print and compare the estimates. One thing print software CAN’T calculate, however, is part strength. 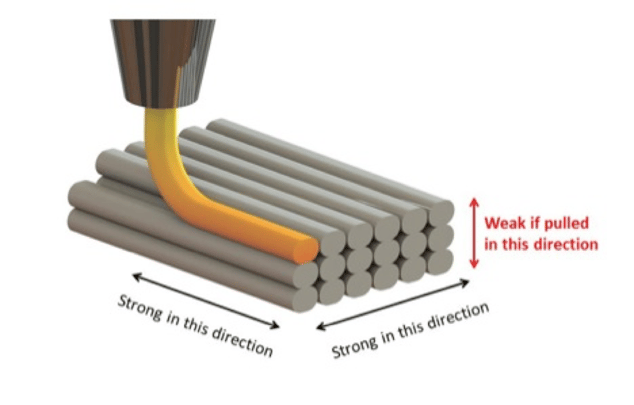 It’s hard to tell how much weaker the part is in the Z direction due to differences in the bonding process between machines and material types. We have found that finished parts can be up to 33% weaker in tension trying to separate the Z layers versus trying to stretch the beads.

Your job doesn’t end after you’re done designing your part. Post-processing your print is just as important to your end-use as the design process.