Since the SOLIDWORKS 2017 3D Interconnect feature is still in beta, I explored the basic functions I thought might pose challenges for SOLIDWORKS PDM users. These three questions particularly stood out to me:

To begin, I took an assembly from the 2017 What’s New files included with the SOLIDWORKS installation. These are the answers I found.

Would the files show up in the local view?

I anticipated the file viewing function to work fine, and it did. The types of files supported by PDM is extensive. Generally, the list of file types supports check in, check out and transitions. Plus, the file names are conveniently listed in the local view. 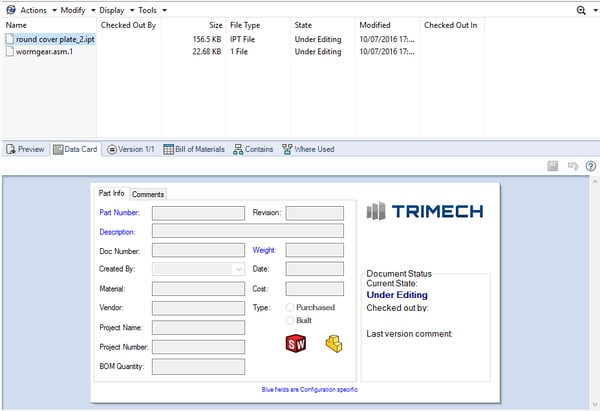 How would the preview work?

The preview tab worked as expected for ProE (left) and Inventor files (right). 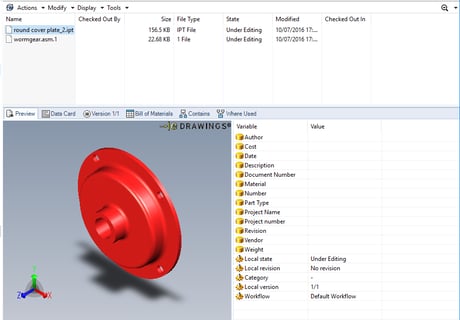 Note: You need to remove the numeric file extension from the ProE file. For example, "filename.prt.2".

How are External References handled?

The data card will work if it is assigned to the file type in question – no news there. To test the versions, I added the “round cover plate” ipt file to the SOLIDWORKS assembly. That is shown here as gear box_1 version 1:

Next, I tried to modify the plate from within the assembly. I could not edit or modify the ipt file like I can a SOLIDWORKS file. I’ll leave those details to a discussion focused on the 3D Interconnect feature, but basically the ipt file appears and behaves as if it were a virtual component. I ended up adding a square hole in context: 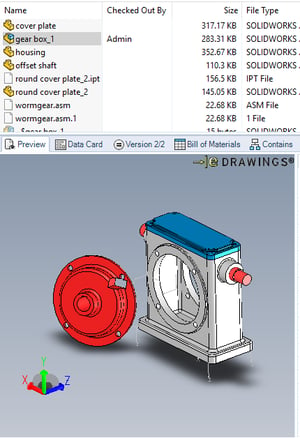 Below is the Feature Manager (left) and the BOM tab (right) for reference: 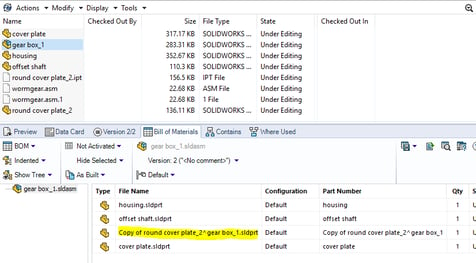 Notice that the assembly versioning works as if I had modified any other SOLIDWORKS assembly in context – shown here as Version 2/2. 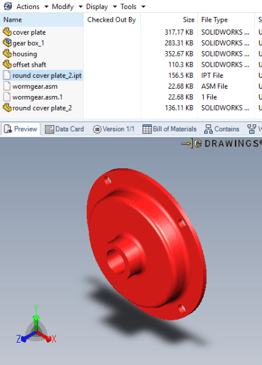 Once we understand that 3D Interconnect appears to give us a virtual component, predicting the external reference behavior is more straightforward. The Bill Of Material tab shows the component.

The Contains tab also functions as expected. However, I’ll note that the right mouse button menu is missing the “Browse to” option for the virtual component (left) but not the source ipt file (right): 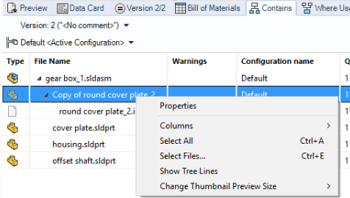 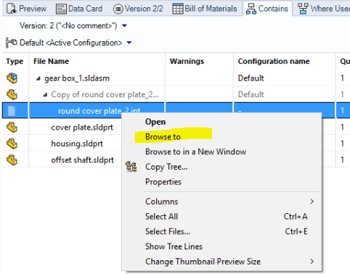 Unfortunately, the Where Used information for the ipt is not helpful:

In conclusion, right now there’s no difference in behavior between virtual components and those components added via 3D Interconnect – which I think is great. As with all brand new features (this one is still in beta), they will change and improve with time.

We’ll keep you up to date on improvements with the interaction between 3D Interconnect and PDM, but in the meantime, here's everything you need to know about SOLIDWORKS 2017 3D Interconnect.