How Many Parts Will Fit on the Build Tray of a Stratasys Origin One 3D Printer?

The Stratasys Origin One 3D printer utilizes Programmable Photopolymerization, or P3 Technology and has been making a lot of waves in the additive manufacturing community because of its high throughput capabilities and ability to print parts with near injection molded surface finish.

Historically, Digital Light Processing (DLP) printers have been known for low throughput because of its slow build speeds; however, because of some unique process improvements such as the pneumatic separation at the build interface and high green strength materials, Origin One stands head and shoulders above the competition.  DLP printers are also known for having relatively small build volumes compared to other technologies such as Fused Deposition Modeling (FDM). While this can be a limiting factor for some applications where parts cannot be sectioned and re-assembled in the post-processing phase, there is an abundance of applications and verticals that are best served by this technology.

Using the Fortus 450, we were able to 3D print the build volume of the Origin One to help gain a more holistic understanding of what we are capable of manufacturing with this printer. The dimensions of the build volume of this printer are 4.25” wide, 7.5” long and 14.5” tall which is 462.18 in3 (7573.77 cm3). That may not sound like a lot, but let’s take a look at a few examples that might disprove that idea. 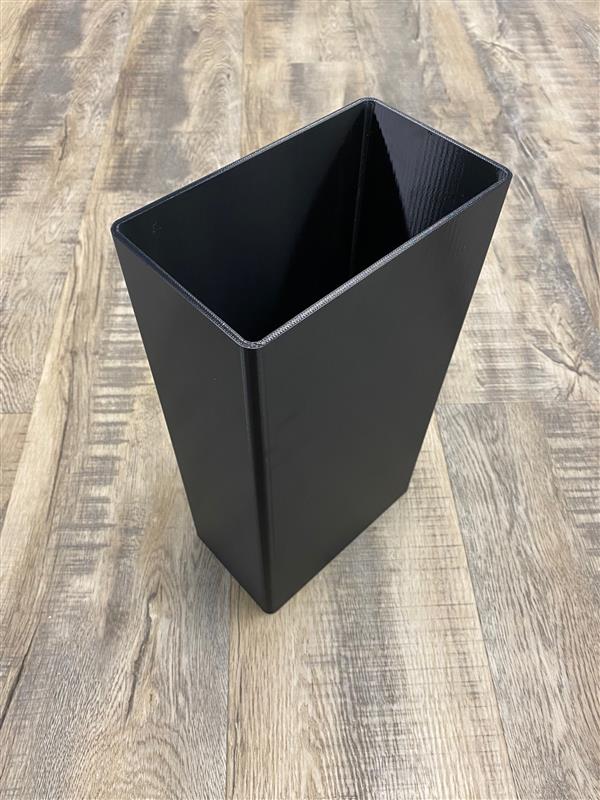 While this is Stratasys’ smallest commercially available build volume amongst its five different technologies, the Origin One is capable of printing some pretty large parts that wouldn’t be possible with some of their larger machines or would use a lot of support material. We were able to print a full-size disc golf putter which is an impressive 8.5 inches in diameter using the Origin One. Now, you’re probably looking at the dimensions of the build volume again, and wondering, "HOW is this possible!?!” Well, by orienting the disc diagonally on the build head and standing it vertically in the Z, we were able to print the full-size putter in less than a day! 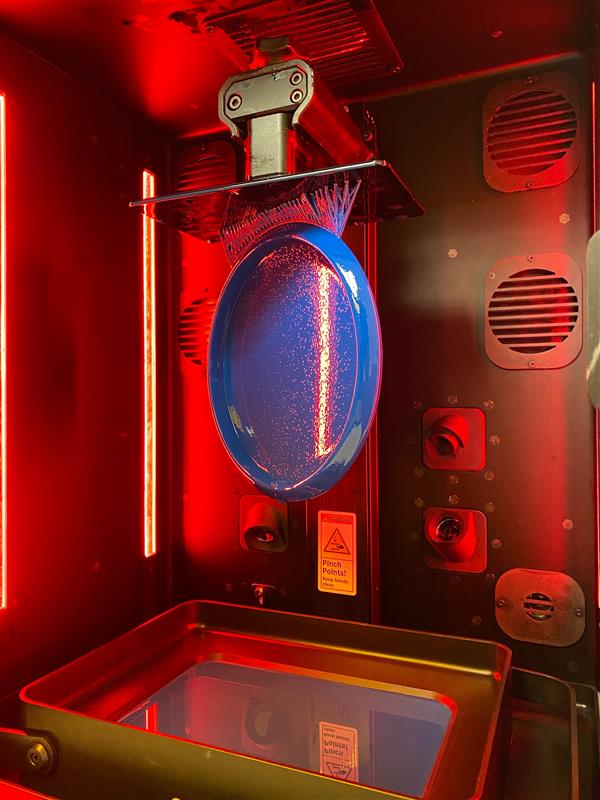 We can apply the same technique to print parts that are almost 15 inches long by orienting parts along the body diagonal of the build volume from the bottom left corner of the volume, all the way to the top right corner. With some print technologies, build orientation plays a critical role in the printing process because it can greatly impact both build time and part strength. In FDM, parts should be built with the understanding that the layer-to-layer adhesions are mechanical weak points and could cause premature failure. With P3 technology, parts exhibit near isotropic properties, which allows users to take advantage of the entire build volume while only sacrificing build time.

While the Origin One is plenty capable of printing large parts in its build volume, this printer is designed to be a high throughput production machine, which means that it can produce a lot of small parts in one build. Some part geometries, much like the handlebar grip in the image below, which can be manufactured using a flexible elastomeric material like Henkel Loctite 402, are a great fit for P3 technology because we can fit fifteen of them on a single build tray, resulting in less than an hour per part.

A Closer Look at the Origin One 3D Printer >> 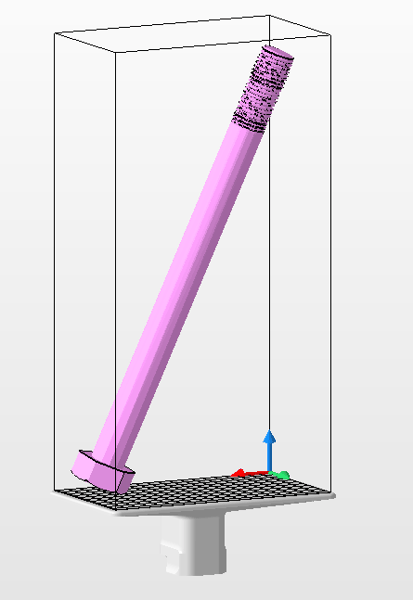 The Stratasys Origin One is so much more than your average DLP printer. It is strong, it is fast, and it can fit a lot more in the build volume than you might think. Everything from large scale parts over one foot long to dozens, or hundreds at a time. Whatever the case may be, the Origin One may just be the right tool for the job. With its long list of validated high-performance end-use photopolymers and open material license (OML) capabilities, the sky is the limit with Stratasys Origin One. 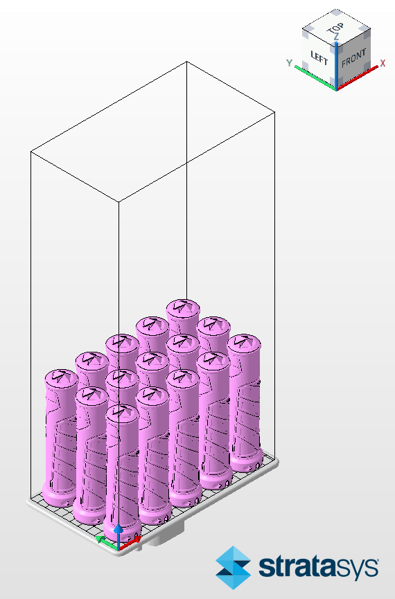