How Many Parts Will Fit on the Build Tray of a Stratasys 3D Printer?

Stratasys is constantly innovating and pushing the limits of creativity to bring the fastest, best, and overall highest performance 3D printers to market. In April 2020, they introduced the J55 3D printer with a revolutionary circular build plate that took the world by storm.

Approximately one year later they brought the J35 Pro to market, a lower cost benchtop version, featuring the same size build plate. Due to the intricacies of the technology, there is a small section of the circle known as the “transition zone”, which allows the print head to move from place to place to print from the inner diameter all the way to the outer diameter, without ever having to slow its rotation. This atypical build volume left people wondering, “just what can I print on a J55 or J35?”. Well, lucky for you, I am going to help answer that…with a little bit of help from our Stratasys F900.

Using the F900 and some advanced print prep features in GrabCAD Print, we were able to print the build volume of the J55 and J35 in a little less than 8 hours. Not only is the F900 the only Stratasys FDM printer capable of printing this, but it can do so at 0.020” slice height in ASA. We also used the “Add Z Pause” function to swap colors, to indicate the additional inch available on the J55 (7.9 inches) as compared to the J35 (6.9 inches). Lastly, we were able to easily add in a few anchor columns to help ensure that the large flat bottom would print without warping and a stabilizing wall to ensure that the tall thin walls would print without issue.

The usable build area of the J35/J55 build tray is listed as 1,174 cm2, which is true, however it does not help the user understand what does and does not fit. From the inner usable diameter of the tray to the outside usable diameter of the tray, the user can comfortably print a part of about 6.5 inches, with a slight variance based on the part’s actual geometry. There is a maximum of 16 usable inches from one edge of the usable tray, allowing for incredibly large parts to be printed, much like the 12” adjustable wrench shown below that can easily be printed. 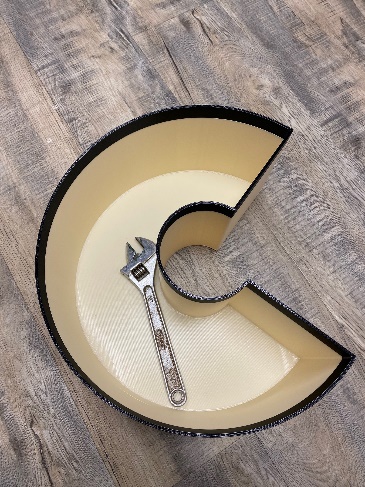 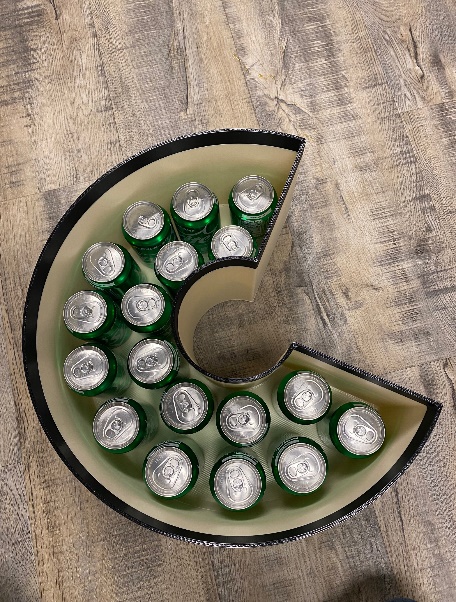 PolyJet technology has come a very long way since its inception in the late 1990s. From single material jetting of incredibly fragile acrylic resins to the full color, multi-material printers we see before us today, the possibilities are endless. The J55 and J35 are engineering marvels that boast breathtaking capabilities coupled with a petite footprint for optimal in-office printing. Whether you are trying to print large CMF prototypes for packaging, a few single-material design validation models, or even low-volume end-use parts, the J35 and J55 can handle it all.