Free Render Farm - Simulations and Photorealistic Renders in no Time

In every major release of SOLIDWORKS you will find hundreds of enhancements that will help boost your productivity and performance. Some of these performance gains happen behind the scenes without you even noticing, while others may require you know a trick or two to take full advantage of their capabilities. Some of the most talked-about performance enhancements came in 2013 and 2017 with the addition of network solver capabilities for PhotoView 360 and SOLIDWORKS Simulation respectively. In this blog post, we show you a great trick to take full advantage of these performance solver engines.

In SOLIDWORKS 2013 we saw the addition of Network Rendering capabilities, and in SOLIDWORKS 2017 we saw the addition of Offloaded Simulation, both of which offer ways to complete renderings and simulations on other high-performance computers, solving in a fraction of the time. The only caveats are that your license of SOLIDWORKS needs to be on active subscription and the machines must be connected to the same network domain.

But herein lies the problem - you are limited to the machines on your network. What if you’re one man with a one machine operation? What if your office’s machines aren’t nearly as powerful as the ones your four best friends from college have? If you want to take advantage of computer horsepower that isn't necessarily on your network, you can turn to Hamachi for help.

Hamachi is a free VPN softw 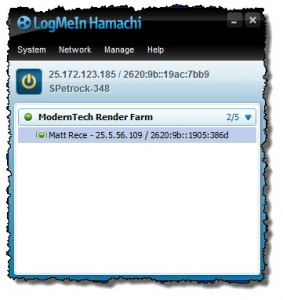 are from LogMeIn that enables you to easily create your own LAN-like network. With the free version of Hamachi you can connect up to five machines to your network. However, there are paid versions which allow you to connect up to 256 machines. Coupling Hamachi with the PhotoView 360 enables you to very quickly set up your very own render farm, giving you brilliant photorealistic images or animations in a fraction of time. While leveraging Hamachi for SOLIDWORKS Simulation you can turn to one more powerful machine to solve your simulations.

With these pieces of software in place, you’re now ready to get to rendering! The client machines need to be made available for network rendering by pressing the “Enter Client Mode Now” button. In the PhotoView 360 options on the coordinator machine, be sure to check the box for “Network Rendering” to use the available render clients. 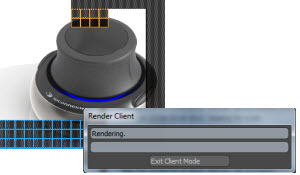 Just press final render and get your photorealistic image quicker than ever before.

For Simulation it’s even easier. Just install the SOLIDWORKS Simulation Worker Agent on a machine other than your SOLIDWORKS CAD machine. It’s an extremely small install of less than 20 MB. This will act as the worker or client that will solve the Simulation. One thing to keep in mind is that this works with your license of SOLIDWORKS Simulation Premium to solve static and nonlinear problems. 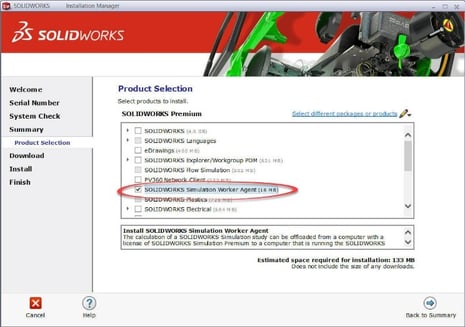 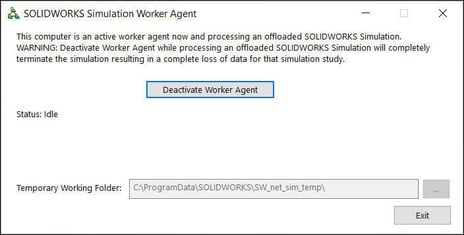 With your network set up using Hamachi as the coordinator machine can send the set-up FEA study to the worker machine to solve, enabling you to take advantage of a super-powerful machine that could be anywhere in the world. Keep in mind that this can only take advantage of one other computer. Unlike Network Rendering, it is not capable of a true “solver farm", but it could be extremely beneficial for those very large, time-consuming simulations.

If you have any questions with how to get started with these tools just reach out to us, and we’d be more than happy to help guide you through the process so you can take full advantage of the performance improvements offered by Network Rendering and Offloaded Simulation.