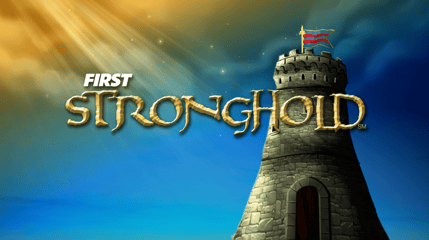 This month, students from around the world competed for glory in FIRST STRONGHOLD. In just six weeks, high school students built, programmed and tested robots with the guidance of adult mentors.

FIRST STRONGHOLD was meant to replicate a medieval battle, with robots raising portcullises, lowering drawbridges, scaling towers, crossing moats, and of course, launching cannon balls into the enemy tower. With so many elements, versatility was a key motivation in design. 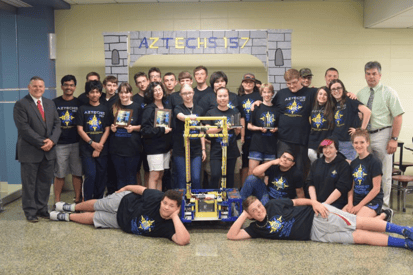 The robot they designed was very innovative. The system was built to conquer all the obstacles on the field, and they succeeded. 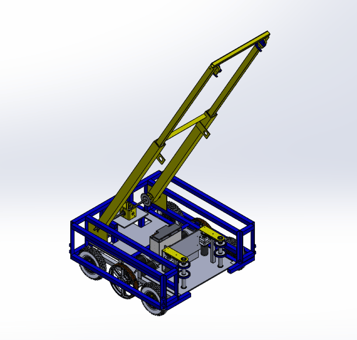 (It’s the tail. The name is Scorpion because of the tail.)

Even the model is color is accurate. Aztec colors are blue and yellow, so they powder coated it to show their school pride.

Thanks to the long extending tail, Scorpion could lift any obstacle, move any door and lower any drawbridge. As an extra bonus, it could also capture cannon balls and lift itself up the tower to capture it using the blue hooks on the end (which of course the students called "fangs").

It's a pretty smart design, but it hinges entirely on the tail working properly. During the design phase, a shaft was twisted beyond its limit by the torque of the motor while trying to lift the robot.

The team was in a real fix. They needed to resize all the components for a new, stronger shaft. If it failed in competition, they would be done for the entire year.

Using SOLIDWORKS Simulation on this newer, larger hex shaft, we can see what kind of factor of safety we get when a load is applied. A few assumptions here: This is a worst case scenario with a seized arm and full torque on the gear. 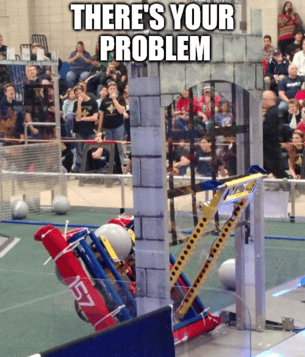 Ordinarily, the gear gets torqued, and the arm moves an appropriate distance. However, in a practice competition, the arm got stuck under a portcullis, preventing it from returning to zero.

We easily determined maximum torque on the shaft caused the bend with a simple model using split lines.

The 0.375 inch steel shaft has a very low FOS near the high torque area. While overly conservative (since there are no bearings and fixtures too close to the rotation), we already know the shaft failed in real life. This was more of a test to make sure we had ballpark figures that made sense.

Next, the students tested the 0.5 inch shaft in AISI 12L steel and saw a much better FOS.

Looks pretty good! The shaft will likely fail after the teeth of the gear do, and they are already rated. Plus, we had replacement gears… just in case.

However, the cost of steel is high weight. The increased mass adds another 250 grams (0.5 pounds) on a bot that is already close to the weight limit.

Another problem was stock. The team had an aluminum half inch shaft in the shop but had to special order the steel one. Since we have the model, it’s as easy as renaming a folder to test a new material. Here’s the result with the aluminum shaft they had in stock.

Surprisingly, the aluminum, a 7075-T6, is even better. This grade aluminum has a high yield point and better ductility than the steel due to better material treatment. Bonus, it’s 500 grams lighter!

It was a surprising result. Many of the kids immediately wanted to go to steel since on first instinct it's better. In this case, a good grade aluminum can save weight and time.

SOLIDWORKS Simulation can test many other aspects of this design besides the safety of that shaft. For example, motor size was also a big concern. Too little and it won’t be able to function, but too large and it is adding more of that precious weight. Using motion simulation, we can determine how efficient our motor will be.

The nice thing about SOLIDWORKS Motion is the ease of setting it up and getting results. To set it up, we select a part that will torque (the gear), add gravity and add the dead load of raising the portcullis as a force. SOLIDWORKS Motion automatically reuses all your mates to keep everything in tact properly, or you can use solid contact to simulate friction and sliding components.

Once the simulation is complete, we get the graphs of necessary motor torque and wattage. Done. No need to run multiple iterations with different motors. SOLIDWORKS Motion simply tells us what power we need and we size from there.

One last simulation we used was on a safety device. Two Lexan bumpers were installed to the end of the tail so when it clears an obstacle, they hit the ground first and absorb damage.

How much damage could they take? Well, a simple calculation of impact force yields around 2173 Newtons. We can quickly run this with a shell mesh for the constant cross section.

You might be wondering how we got that number. The answer is actually very simple: a design study.

Since we want our FOS as close to one as possible, we can tell the program to iterate forces until an exact amount is found. Not only can we use SOLIDWORKS Simulation to see the result, we can also use it to determine the parameters without guesswork.

This design can absorb 2173 Newtons (488 pounds) of force each, for a total of 4346 Newtons, which should be more than enough to survive the impacts we may experience. 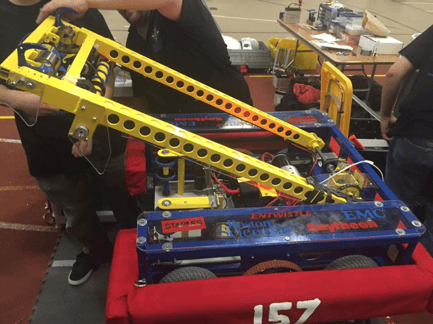 This year’s First Robotics was a real challenge. Team 157 performed very admirably, and we all look forward to next year’s competition. With more SOLIDWORKS and Simulation experience, the designs will definitely keep getting better.

For more pictures, information, and videos of the robot in action, check out Team 157’s Facebook page.

Ready to learn to use SOLIDWORKS Simulation like a professional? Register for a training class!