Creating terminal strip documentation is an error-prone and tedious process. Creating terminal strip drawings, cabinet layout and industry standard charts that illustrate how the terminal strip is assembled and how the wiring is to be connected must be done to fully document a control panel. Luckily, SOLIDWORKS Electrical has helpful tools that cut this process down from hours to minutes while reducing error. 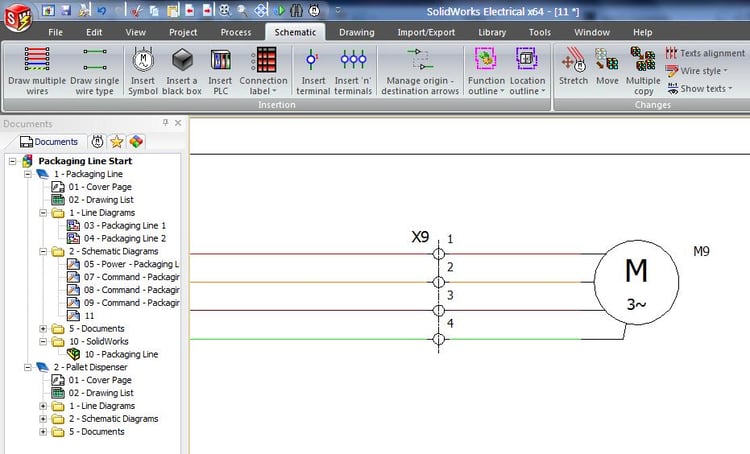 Terminal numbers can be reassigned if need be. Another cool fact is that if more terminals on the same strip are added, the terminal numbers are continued. For example, 5-8, as seen below. 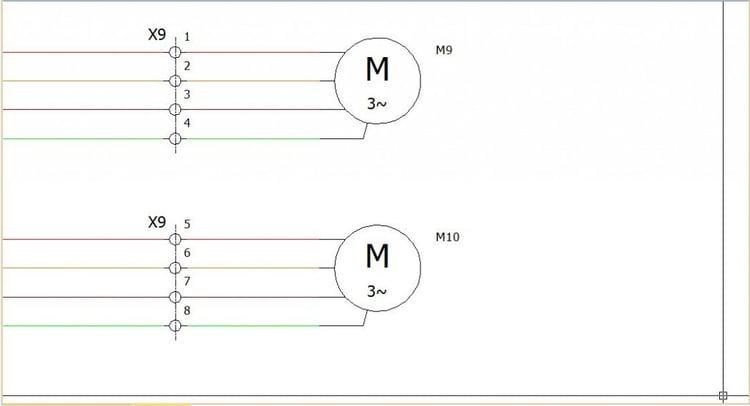 The terminal strip contains all the connection information between the components and wires/cables they are connected to and are managed using tools built into SOLIDWORKS Electrical.  As you can see below, some of the connections are indeed cables, as they are grouped together in cable numbers like W6, W7 etc.

From this detailed terminal strip information panel, drawings and connection reports in drawings formats or tables can be created. These tables are in the DIN format as seen below. SOLIDWORKS Electrical supports the Horizontal and Vertical DIN formats out of the box.

Finally, is there a better way of illustrating the terminal strip and wiring than in pure 3D.  SOLIDWORKS Electrical 3D, which connects the schematic in 2D to the assembly in 3D, allows for the layout of the control panel with terminal block and the automatic wiring from the schematic definition. Layout of the control box is as simple as dragging and dropping the components called out for by the Electrical schematic and then hitting the “Route Wires” or “Route Cables” button in the software. The wire lengths are auto-calculated and are sent to the terminal strip drawing documentation in SOLIDWORKS Electrical 2D schematic software as well.  Note how the 3D user has full access to the schematic and DIN style reports inside SOLIDWORKS itself. 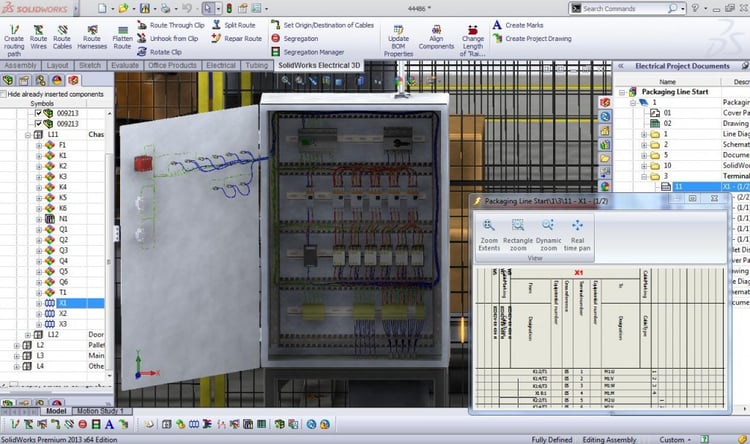 See all of our Webinars On Demand on Electrical Design for comprehensive tips and tricks.