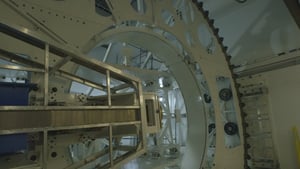 In our final Q&A session with ProNova Solutions, we look towards the future.

Jon Huber, Director of Engineering, talks about how their proton therapy system has been received, SOLIDWORKS' role in their operations and what's coming down the pike for ProNova.

Read the ProNova blog series from the beginning. Check out Part 1 and Part 2.

1. What has this experience been like for you and the ProNova team?

It has involved a lot of rapid learning. We are learning about one another and accomplishing pretty impossible things in an aggressive timeframe.

I have really enjoyed working with so many experts. It's great to walk into a room and not be the smartest person there, not by a long shot. You’re dealing with people who have been doing this for 20 plus years. We are learning so much from them, and being able to build on their experience has been great. 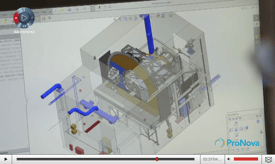 Filming the video with SOLIDWORKS has been really good for the engineering and mechanical-electrical team. So much of what we do is sometimes taken for granted because most of the industry is interested in the physics and the software.

The video let the engineers know that what they’re doing is important and unique. When you have a medical physicist that’s seen several proton therapy systems, our smaller scale project doesn’t seem as impressive. The video helps highlight how valuable these engineering teams are and gives some recognition for the difficulty of what we’re doing.

2. What has the response been to this new technology?

Proton therapy's optimal treatment application is still under debate in the academic community. It’s an emerging technology. If you cut your teeth in a proton environment, you’re very much in favor of protons.

However, if you have done most of your work in traditional radiation therapy, you’re not adopting this new technology as quickly. Protons are in a position where the 10-15 year quality of life data is coming in with a significant sample size. We’re just now coming to a point where widespread acceptance is becoming a reality.

As far as the device, having a smaller footprint and a cantilevered nozzle has been great. We have some key features where we open up the size of the treatment room using the mechanical designs. We have a cantilevered nozzle that turns a 16-foot diameter tunnel into a 28-foot wide room because now that nozzle isn’t impeded by a tunnel.

This is a subtle change, but when you have therapists, radiation, an aperture cart, an anesthesia cart and other equipment around the patient, opening this space up really adds a lot of value to the clinical workflow.

Also, our Cone Beam CT (CBCT) on the patient bed helps create a full 3D/360 scan without having to move the patient out of the room.

3. How can people benefit from your proton system?

ProNova is trying to push the technology forward by decreasing the installation and commissioning time and also the clinical workflow of the site itself.

If you imagine building a machine of this size, it takes around a year and a half to build the building, install the device and commission the device. With the factory, we are trying to build the proton systems in the factory first to get through the initial layers of commissioning.

When you do the install, you’ve taken away some of that time required to go online. We are trying to pull that year and a half back to six months. When you build a building, you want it to be operational as soon as possible. We’re trying to accomplish that. 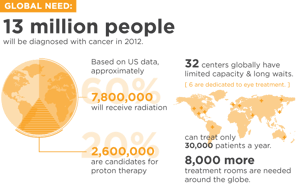 Within the treatment day-to-day operations, we are trying to maximize efficiency. Some competitors have five or six monitors, keyboards and mice pairs that a therapist has to deal with during proton treatment. We are trying to bring this down to just two monitors and one mouse.

This ensures the therapist doesn't have to bounce around between all this different equipment. If you can turn a 30-minute workflow into a 22-minute workflow, you increase the amount of patients you can treat on the system. The faster the workflow, the more patients that can get the proton treatment they need.

4. How do you see 3D CAD impacting the future of ProNova?

It’s like asking a carpenter about the benefit of using a saw and hammer. SOLIDWORKS is how we operate by turning ideas into realized concepts.

We have so many drawings, prints and layers of our architecture. We are trying to refine and repurpose that. We are attempting to design a building halfway around the world and maintain it from Knoxville, TN.

There’s going to be a lot of 2D drawings from architects that need to be recreated in 3D. That’s our future challenge.

5. What’s next for ProNova?

Going from startup to company is our next step. We are still designing our first device and will be submitting it for FDA approval. We will then be partnering with our first customers and installing the device at clinical centers in the US, Europe and beyond.

In 2016, we plan to go from startup to profitable company. Our next challenge is to design the best product we can that’s scalable not just as a prototype, but as a building and device that we can mass produce up to as many as 10-20 systems a year by 2018.

Want more ProNova? See the SC360 in action and hear from other ProNova engineers.