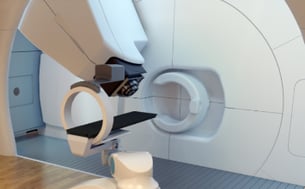 You may have seen the buzz recently surrounding ProNova Solutions' proton therapy system. The Knoxville-based company is revolutionizing the medical industry with their tumor-treating compact superconducting gantry, and their innovative design has made them the subject of a major SOLIDWORKS media campaign.

We sat down with Jon Huber, Director of Engineering, for an in-depth discussion about their proton therapy system, how it works and why SOLIDWORKS Electrical was the right solution.

Learn more about how ProNova is waging war against cancer in this SOLIDWORKS blog and video.

1. Tell us a little about ProNova’s proton therapy project. 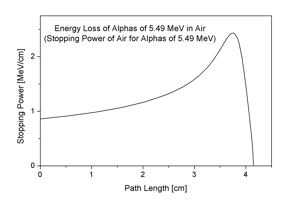 Proton therapy has been around as a treatment option since the early 1990s and was first conceived in the '40s. Physicists said, “Hey, with the way heavy ions or protons decay, you might be able to treat with this.” It's called the Bragg peak – the way a heavy ion decays versus the way a photon decays in traditional radiation therapy.

In the '90s, the equipment to perform this type of treatment started to come online in Loma Linda, CA, and by the late 2000s it started to become more mainstream. 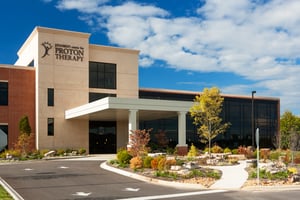 ProNova was started by Terry Douglass, Ph.D. (Chairman of the Board of Directors and Chief Executive Officer). He wanted proton therapy in Knoxville. He looked at Dowell Springs Medical Park, which is where ProNova's first device is.

In the process of looking at the five or six different commercially available proton therapy systems, he thought maybe we could do this better.

He saw the research on proton therapy as a very effective treatment for cancers. He used this as a point to say, “Let’s buy an IBA system for people in Knoxville today who need this therapy. Let’s also create a company to put it right next to that system that will be disruptive in the marketplace.”

2. How did the project first get its start?

ProNova was different because it wasn’t just about competing with a “me too” solution for proton therapy. In the process of seeing these technologies in the field, Terry and our president Joe Matteo came across a patent for superconducting achromatic magnets on a rotating gantry.

That’s when I came into the picture. They had the beam line and the size of the magnets they wanted. Then, we started designing the gantry to wrap around the beam line. 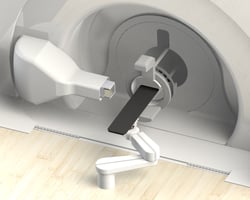 We were able to fit our 360 gantry inside of the vault of a competitor’s partial half gantry. That really said we had a business case for this device. From that point, we began to design the rest of the beam line.

3. How does the cyclotron work?

First of all, I'm not a physicist, so take my answers with a grain of salt.

4. What are the benefits to proton therapy versus traditional treatment methods?

There is no silver bullet with protons. You need to go to your radiation oncologist to help decide the best treatment for you. You want to pick the treatment that best suits your type of cancer and your level of progression.

Photons, the mainstream level of radiation technology today, are basically very powerful x-rays. The max dose happens at the entrance of the body, and it literally decays in strength from one side of your body to the other side.

In the path of photons, you are radiating your entire body. At the path entrance, the dose is the highest, and at the exit the dose is the lowest. The tumor gets an average dose between the two. All the healthy tissue is getting radiation that is not needed.

With the protons, it comes in at a low level of energy and, when you dial it in, it spikes and stops (aka the Bragg peak). Instead the entrance of your body getting the max dose of radiation, now the tumor gets the maximum dose of radiation. It has what we call a distal edge, or a sharp fall off, which ensures that the radiation does not penetrate past the tumor.

Check out Part 2 of our 3 part series. When you're finished, check out this SOLIDWORKS video.