TriMech is fortunate to work with clients from Maine to Florida and out to Arkansas and now into Canada offering a range of engineering solutions. This week's client story showcases how Des Champs upgraded their execution of design to production with TriMech’s Project Engineering Group. 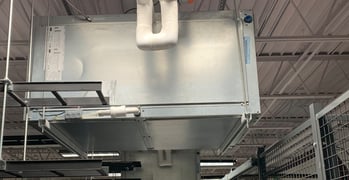 Des Champs Technologies LLC, started in 2015 by CEO Nicholas Des Champs. They are a small company that specializes in waterless condensate traps for HVAC equipment. Most common condensate traps require a certain amount of water in the trap to function properly, which can cause problems when exposed to the elements without frequent maintenance (freezing, evaporation, contaminates, etc). At best, the failure of these traps causes a loss of efficiency, and at worst can require costly repairs. When considering how many HVAC systems are in operation in the US, these inefficiencies can add up quickly to create substantial monetary losses across the country. Des Champs’ innovative designs offer solutions to these common HVAC problems by removing the need for a wet trap.

As a small business with five employees, Des Champs lacked the in-house expertise and resources to design and produce their innovative waterless traps. Instead, they relied on outside engineering resources to help prepare their ideas for manufacture and to produce their tooling. They had already produced a few of their traps partnering with another design firm, which utilized a third party to fabricate and operate the injection mold tooling.

However, after producing four traps with the previous firm, Des Champs Technologies had become dissatisfied with constant errors in the tooling and the increasing costs to correct them.

“The tooling never came out correctly, and Des Champs had to pay for all tool correction and incorrect tooling design,” said Des Champs. “We decided to move our engineering design requirements to a company that had creative engineering talent, 3-D modeling capability, familiarity with injection molding, and preferably closer to our facility in Natural Bridge, VA.” 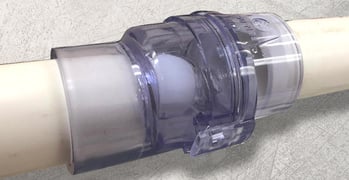 “We found an excellent injection molding company near to us in Waynesboro, VA, and since they did not have an in-depth engineering department, they recommended TriMech because of their good relationship with them – and TriMech was just down the road in Richmond, VA.”

Des Champs connected with TriMech’s team and learned that they had everything they were looking for in a design resource. They requested assistance in designing and prototyping a new negative pressure trap, the FCN-Series.

From Idea to Production

TriMech's "PEG" team was able to help Des Champs take their idea from a basic concept sketch all the way to a production unit. TriMech worked with Des Champs over a series of onsite and virtual meetings to develop the FCN-Series trap to a production-ready state. Using SOLIDWORKS, the TriMech team was able to generate 3D CAD models of the FCN-Series trap as well as a functioning prototype utilizing their Stratasys 3D printers.

Phase 1: Concept Development
After an onsite project kickoff meeting, the TriMech team worked with Des Champs Technologies and their injection mold company, Klann Inc., to brainstorm different ways to achieve their goals: to create a smaller trap that would meet the performance requirements of their previous two traps, all while reducing final production and assembly costs. From there, the TriMech team generated prototype SOLIDWORKS 3D models and provided them to Des Champs Technologies for review and further development.

Phase 2: Design Refinement
Through a series of virtual and in-person meetings, the TriMech team and Des Champs shared and collaborated on the SOLIDWORKS designs until an initial design was chosen that met all Des Champs’ criteria. This included functionality, form factor, minimizing production costs, and component assembly.

During this process, the TriMech team utilized its expertise with Stratasys 3D printers and SOLIDWORKS to print and test functional components of the unit.

Phase 2.1: Prototype for testing
Through the resources available within TriMech, the PEG team printed and shared a functional prototype with Des Champs that was idealized for 3D printing. This prototype served as a good proof-of-concept for future injection molded parts, which allowed Des Champs to perform early development testing and helped cement the direction of the design. 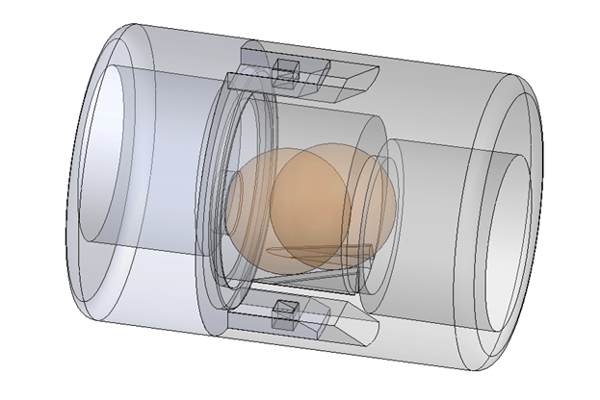 Phase 3: Design Optimization for Manufacturing
TriMech worked closely with Des Champs and their manufacturing vendor, Klann Inc., to prepare the design for injection molding in mass production. Using their SOLIDWORKS and Stratasys expertise, and thanks to the great collaboration between companies, the team was able to make the design ready for injection molding after a single review session. TriMech was then able to directly provide the injection mold company with the CAD models and dimensioned engineering drawings it needed to begin making the production tooling.

Phase 4 : Prototyping
Once the finalized design was determined, the TriMech team utilized its in-house Stratasys 3D FDM printers to generate a physical prototype for Des Champs to test and showcase during their upcoming industry trade show, ASHRAE/AHR 2019 Chicago.

Thanks to the quick turnaround time of TriMech’s all-in-one resource, Des Champs was also able to display a 3D-printed prototype of a second trap that the team was also working on at the time: a 3-chambered high-efficiency dry furnace trap that could handle both negative and positive pressure. At the trade show, Des Champs gained recognition for its innovative traps and was selected as a finalist in the new product awards. 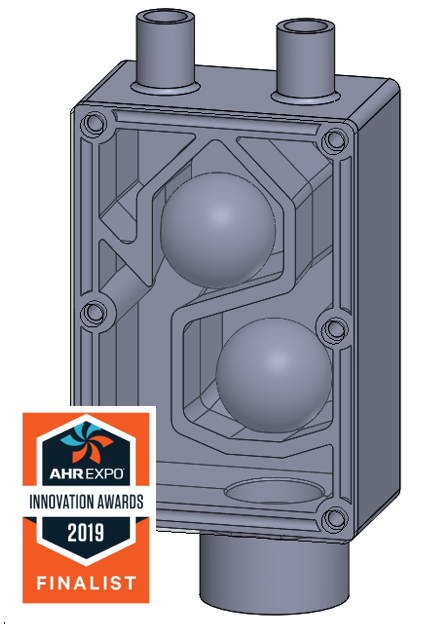 Working with the Project Engineering Group at TriMech, Des Champs Technologies was able to increase their product line and streamline their process for future development – all while supporting their local economy.

“It’s been a real pleasure working with you at TriMech. We produce the general operating concepts, and Chris and the company make the design functional, producible, and cost-effective. We now feel that we have a great team in place; concept, design, modeling, patent, and manufacture, all in Virginia, USA.” - Nicholas Des Champs

After the success of the FCN-Series Trap, Des Champs Technologies and the Project Engineering Group has gone on to design two additional trap designs, with more traps in development.

Next time you find yourself facing in need of a specialized skill set that you don’t have on hand, then let the experience and expertise of the Project Engineering Group help pull you through.