SOLIDWORKS Visualize has taken renders of SOLIDWORKS designs above and beyond what PhotoView 360 was ever capable of. By tweaking the appearance settings like Tile Value, Roughness and Index of Refraction, it’s much easier to control exactly how materials will appear in the final render. Let’s take a look at an example.

Here is a rescue spreader that was designed in SOLIDWORKS and imported into SOLIDWORKS Visualize.  It looks pretty great to begin with, but we can tweak some of the materials to make it look even better. 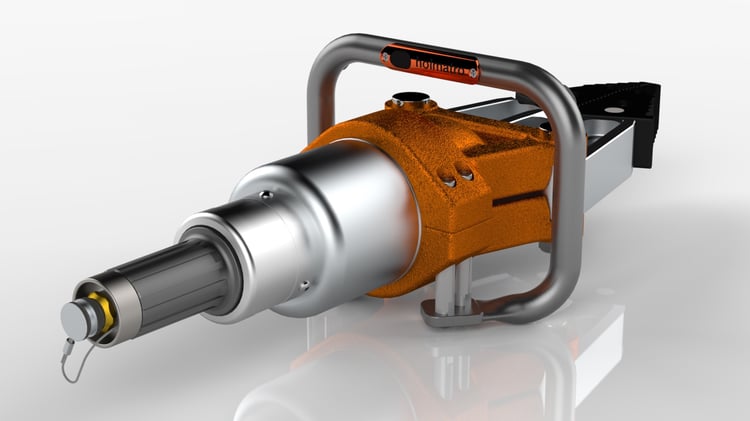 How to Adjust Appearance Settings in SOLIDWORKS Visualize

The real rescue spreader doesn’t have as much texturing on the orange casing as the one in our render. Let’s adjust some settings to smooth it out.

Our first step is to select the appearance applied to both halves of the orange casing. Once we’ve selected it, we’re presented with a number of settings for tweaking the appearance.  In this case, we’re most concerned with the texture, so we’ll select the “bump” category, otherwise known as bump mapping. This applies a three-dimensional texture to our appearance and is responsible for giving it the rough cast appearance.

In this case, we can see our “Tile” value is relatively small, at 0.20. This setting determines the size of the tiles that will make up the texture. Contrary to what you may think, the larger the number, the smaller the tiles. It seems to represent the tile count more than the tile size itself. If we crank this up to 1.00, we can see we’re already getting a much better result. To smooth it out even more, let’s bring the Bump Strength down a little bit as well. This will change how deep the bumps on the texture will appear, and a smaller number will lead to a smoother texture. Alternatively, we could have simply removed the custom texture and allowed Visualize to use the default “metal” appearance texture, which is pretty smooth to begin with.

Now that we’ve fixed that, let’s look at a couple other areas of this render. The handle on this spreader is one of the main focal points, as that is where the “Holmatro” logo is prominently shown. It’s a bit washed out right now though, due to how dark and reflective its nameplate appears. Let’s click on that face to select that appearance.

We can see that its roughness is set to 0, making this as smooth as can be. Smooth surfaces lead to high reflectivity. If we bring the roughness up a lot, we can make the nameplate stand out a bit more. Setting it to 30 seems to be a nice balance between reflectivity and making the logo stand out.

We’ll also adjust the handle appearance to be the proper color and have a rougher appearance as well, since it’s powder coated in matte black on the real world part.

Lastly, we’ll browse our appearance library for a more realistic rubber appearance for the twist handle that activates the jaws.  SOLIDWORKS Visualize offers an online repository of appearances that can be downloaded.  These appearances can be activated by choosing “Toggle Between Local and Cloud Library.”

Within the “Rubber” category, there’s an option for “Dense Rubber.”  We’ll apply that to our twist handle.  Once applied, we can see it seems a little dark.  We can tweak it again by adjusting the “IOR” or Index of Refraction setting.  This will determine how light or dark it appears in our final render.

We can also make it shine a bit more if we bring down the roughness setting.  There we go, now we’ve successfully tweaked a few of our appearance settings to give us an even better final render! 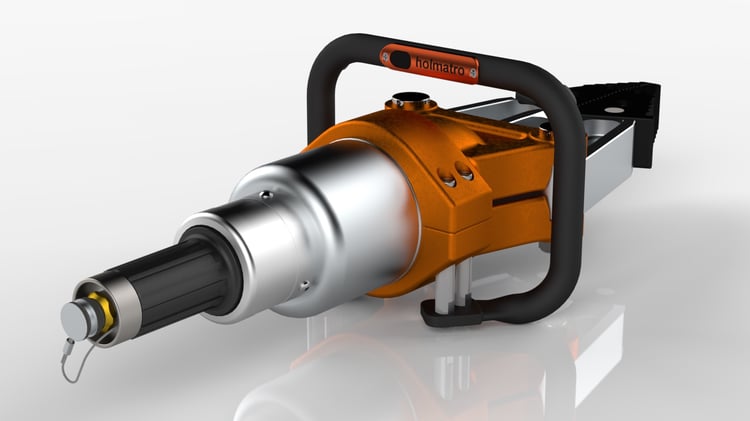 Learn how to optimize your renderings with our blogs on Visualize Features and Tips.