Why Make a Ghost?

First off, it sounded like fun! I’ve made all sorts of things in the past such as candy, light up pumpkins, spiders and even pumpkins with Frankenstein’s Monster painted on them but never ghosts. But more importantly, what I’ve never done before from an educational standpoint is discuss the application of transparency on parts that also have complex color patterns on them. A ghost seemed like a great fit there as well due to their incorporeal nature! 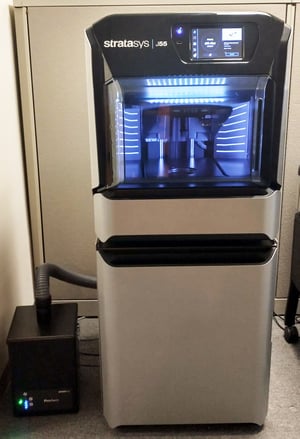 The J55 is an incredible new spin on the PolyJet 3D printing technology, and when I say “spin”, I mean it! This printer can utilize five materials at once, so our typical configuration is White, Cyan, Yellow, Magenta and Clear. This puts this machine very close to the capabilities of what its big brother, the J850 can do.

What really makes the J55 stand out though, is that it implements a build tray that looks like a record player’s turntable, as opposed to the traditional fixed tray with a head that moves on an x/y axis, accomplishing several things:

As I mentioned earlier, this Halloween I used the J55 and our combination of advanced 3D CAD/photo manipulation software to map a little toy ghost with both advanced full-color textures and also incorporate transparency. When I say incorporate transparency, I don’t mean making a section of it clear and the rest of it opaque. Instead, what I mean is that I produced a gradient transition, so that the top of the ghost stays opaque, but as we move lower, the part will become increasingly transparent, until its very bottom is clear! Though the part is designed in SOLIDWORKS, I generated a VRML file that will open in Adobe Photoshop. 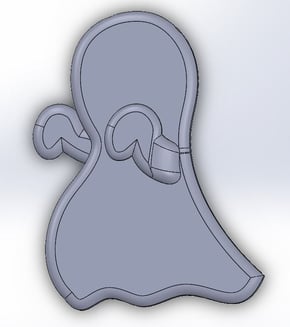 In Adobe Photoshop, I had access to a Diffuse layer, which I could modify to create color, patterns and locate the smiley face in relation to the UV mesh overlay. Another thing that you could do is go into the Appearance properties and create an Opacity layer. Since I used the .PNG file format to create my reference images and .PNG files correctly retain Alpha Channel data (transparency), I was able to create this new Opacity layer and provide it with a gradient of white (opaque) at the top of the mesh, becoming darker until it is black (transparent) at the base. Photoshop saved this layer into my model, reflecting transparency.

I saved the file as .PNG to be able to export out of Photoshop and generate a VRML file. I imported the VRML file into GrabCAD Print on the tray of the J55. As long as white, colors and clear are loaded, GrabCAD will show you how the ghost transitions from opaque to translucent.

Can We Make This a Bit More Interesting?

Absolutely you can! Using the same settings as the original model, I swapped the white background in for a spooky Halloween collage, a PCB-Board and a colorful psychedelic swirl. As long as we keep our Opacity layer the same, as far as the white to black gradient goes, the resulting file will retain the same transition from opaque to translucent! 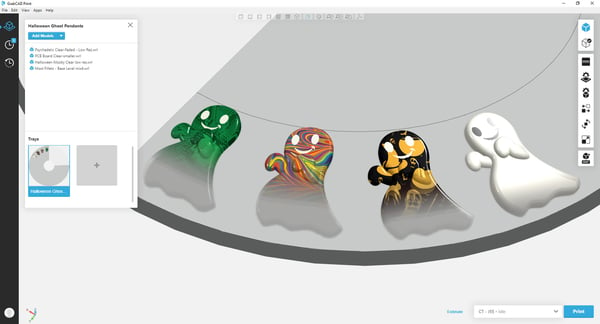 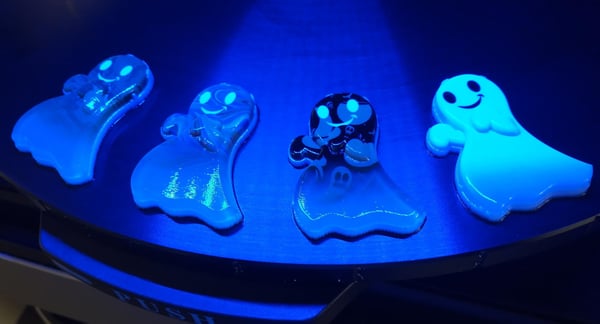 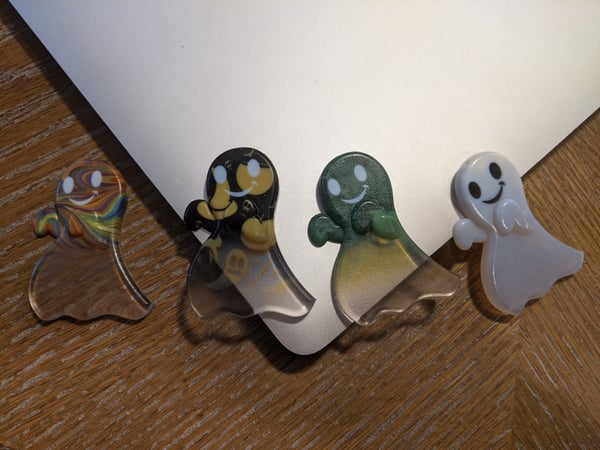 How Can We Apply This to Industrial Design?

While it’s fun to learn how to be able to create the textures required to take full advantage of the J55’s capabilities using a goofy ghost, this is a fantastic application for all sorts of real-life industrial design prototyping. In this field, you’re working to create the look and feel of an end-use product, and with traditional single material prototyping, this has often required a substantial amount of post-processing to achieve an accurate representation of the final product. 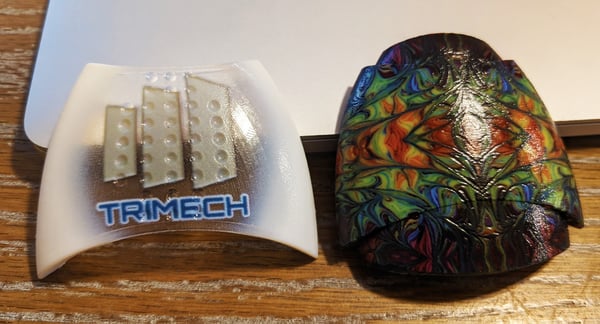 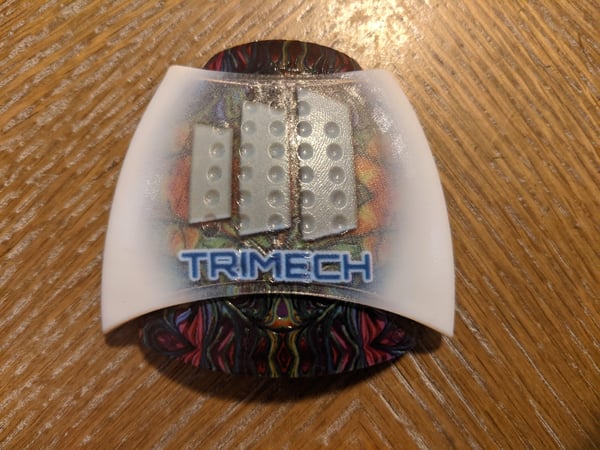 Full-color 3D printing has helped advance this field dramatically, as we can produce accurate color matches to actual Pantone values. But with the addition of transparency in not just entire bodies, but within full color textures, we now have the software capabilities to add an entirely new level of complexity to these prototypes! 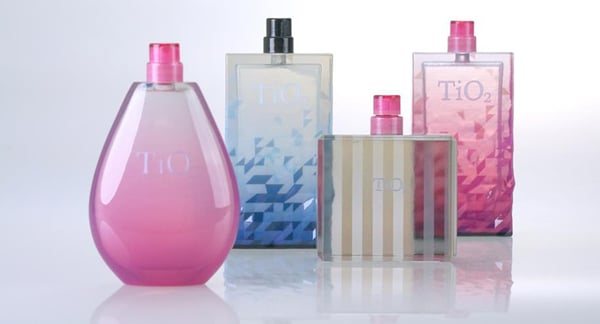 An example of where this technology could be most useful is in something like the above perfume bottles. These bottles take full advantage of the ability to utilize opaque, transparent and semi-translucent colors to create truly breathtaking prototypes with no painting or dyeing of the part after printing!

Being able to easily apply a variety of different transparent and opaque textures to a 3D model, print several iterations in the same build and bring them all into a design meeting or to a focus group really helps speed up the design process and immensely valuable. What’s more, the fact that this capability is now available on such an affordable machine as the Stratasys J55 is incredible! It always helps to start somewhere small, like a goofy Halloween ghost, but the applications for this type of technique are widespread, and the brand new Stratasys J55 Printer is a fantastic office friendly, high-accuracy tool to allow you to really think big with your next product design project!

Are you curious about designing for multiple parts? Download our guide, Design Cycle Efficiency With Multimaterial 3D Printing, to speed up and save costs in the early stages of your design cycle.