In April of 2019, Stratasys announced that their J735 and J750 PolyJet machines successfully passed the rigorous requirements needed to make it the world’s first and only PANTONE-validated 3D printers. This was a huge hit and manufacturers around the world were rejoicing. In October of the same year Stratasys added two other members to its J-series of printers, the J835 and J850, which are also PANTONE-validated and include even more material options. This changes the game for 3D printing as design and prototype colors can now be matched with 100% specificity, making the process from concept to final product even more accurate.

The PANTONE language is a universal color code which is not limited by CMYK or RGB color combinations and bridges the gap for designers and manufacturers. It assigns each color with a code to ensure you are talking about the same shade. Imagine trying to describe the exact shade of navy blue that matches your logo; you have an RGB value from your computer monitor, but your manufacturer has to mix cans of paint together. Working with multiple mediums, color languages and production processes can create a multitude of variations for something as simple as the color of the finished product. It can be exceedingly difficult and slow down production time, especially when the color needs to be exact. 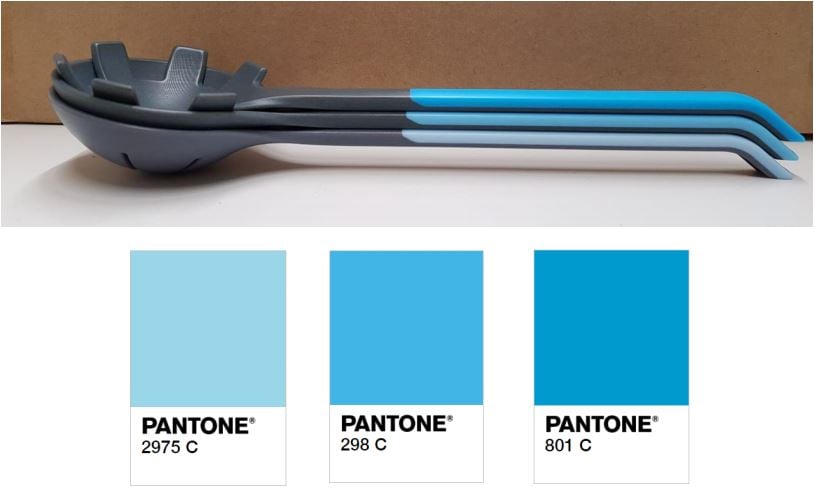 PANTONE coding was created to solve this problem. The Pantone Matching System (PMS) is the leading global standard for color matching. There are specific requirements within PMS that must be met in order to become PANTONE-validated. Stratasys has met all of these PMS requirements with the technology in their J-series printers allowing them to be the only 3D printers that are PANTONE validated. 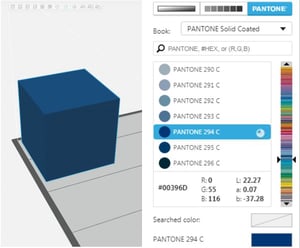 The J-series printers are known for being the most versatile when it comes to creating prototypes that require a wider range of colors and realism. The ability to print in more colors and textures is what makes these printers stand out. Adding PANTONE verification to a printer that can already print over 500,000 colors creates an unparalleled workflow for matching design creativity with color accuracy.

Now, with the newest members of this series, the J835 and J850, you can enjoy everything you love about their predecessors, PLUS the ability to print up to seven materials at a time. These new machines come with larger material bays and more efficient material cartridges.

With the J-series, you can simply select the PANTONE shade you want and click print! Finally, design and prototype are an exact match. Consistency is crucial in prototyping and mass production. Combining PANTONE with 3D printing allows the user to calibrate existing colors to ensure that what is being printed is the exact shade needed. By calibrating the color you see in front of you with a PANTONE code, you are able to replicate the color even without the design file.

Stratasys has changed everything by partnering with PANTONE for 3D printing. Now that exact color matching is possible, it's hard to go back to older standards. The Stratasys J-Series continues to revolutionize 3D printing capabilities. One small step for 3D printing, one giant leap for manufacturing.