International Women in Engineering Day is June 23! As technology and additive manufacturing improve, women and young girls have become more interested in pursuing an engineering occupation to transform the future. This year, we are celebrating ten women who continue to revolutionize the 3D printing industry by educating and inspiring others.

Since 2013, the percentage of women in engineering has increased from 13 percent to 15 percent. Female engineers have been defying the odds and becoming role models for girls and women who want to be engineers in the future. Below is an alphabetical list of influential women in the field. 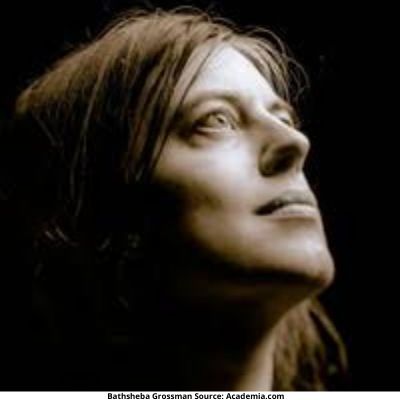 Bathsheba Grossman is best known for her 3D metal modeling of mathematical and scientific sculptures. She experiments with adding hand-cast glass to her 3D printed sculptures to produce techniques that no one has seen before. Her work has been in the TIME Magazine’s Design 100, installed in the VanDusen Botanical Garden in Vancouver and used by several professors of science and math such as John Conway.

Behnaz Farahi is an architect, designer and technologist who creates interactive technologies with 3D printing. Her work strengthens the relationship between natural occurrences in the environment. One of Behnaz’s famous wearable is the 3D printed Caress of the Gaze. Her collection is in the Museum of Science and Industry in Chicago, La Piscine in France and seen in several magazines. She also won awards such as the USC Bridge Art + Science Alliance Research Grant, World Technology Award in Design and Innovation by Design Linda Tischler Award – Fast Company.

In 2016, Caroline was awarded Forbes 30 Under 30 for being the co-founder of Volumental, a Swedish company which uses 3D scanning to find the perfect fit shoe for every customer. After a 5-second scan, a cloud-based software tells the customer which is the best show fit available in-stores or online. In three years, Caroline was able to bring in $3 million in venture capital to Volumental. Caroline seeks to make retail more efficient and as personalized as possible through 3D scanning and artificial intelligence.

Deirdre McCormack was the founder and Chief Marking Officer for Mcor Technologies, where paper 3D technology was developed. While at Mcor, Dierdre received the 2015 Silver Stevie Award Winner for Women in Business and was listed top ten in the top thirty most influential women in 3D printing by All3DP in 2016 and 2017. Currently, Dierdre is the co-founder of AdAstra Consulting, in Ireland, a company that offers business consulting to startups. By being a strategic force in the business environment, she wants to drive individuals to take business to the next level.

Founder of Voxel8 and professor at Harvard, Professor Lewis and her team introduced a digital manufacturing system that transforms how athletic products are designed, manufactured and sold to customers. 3D Natives called Voxel8 the “Startup of the Month 2019 – April.” With Professor Lewis’ drive and ambition, she was awarded into the National Academy of Engineering (2017), National Academy of Sciences (2018) and honorary Doctorate of Science from the University of Edinburgh (2019). 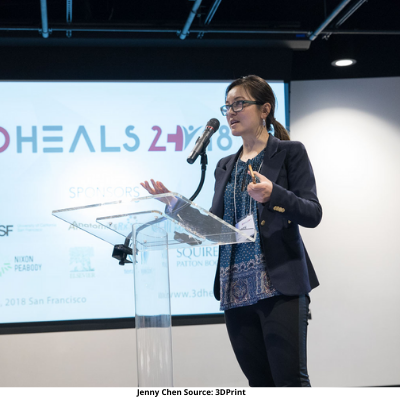 Jenny Chen, a neuroradiologist, has played a major role in transforming the 3D printing medical industry. She is the founder and CEO of 3DHEALS, which strives to improve the healthcare ecosystem and bioprinting through quality control and standardization. Jenny values a diverse team of innovators to bring new ideas from their own background to the company. Her goal is to expand 3DHEALS online and offline in order to revolutionize healthcare. Jenny enjoys learning about artificial intelligence and teaching others the benefits of 3D printing. 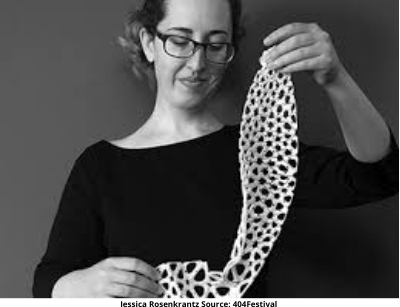 Jessica Rosenkrantz co-founded Nervous System in 2007 and currently works as the Creative Director. Nervous System is a design studio which uses computer simulation to design and fabricate art, jewelry and household items. The uniquely designed art is inspired by natural phenomena and patterns in nature. Jessica’s art has been featured in the New York Times, Forbes Magazine, Museum of Modern Art, Cooper- Hewitt and Smithsonian Design Museum. She continues to create one of a kind, customized products. 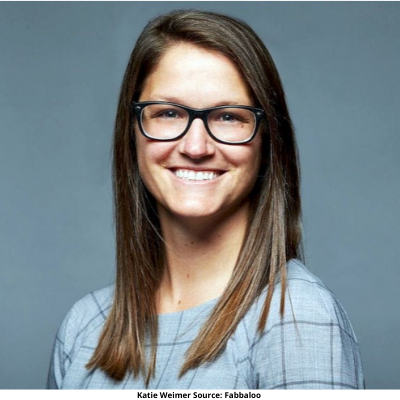 As the Vice President of Medical Devices, Katie Weimer developed 3D Systems’ Virtual Surgical Planning. She has published over ten manuscripts in scientific and clinical journals, co-authored a book and travels around the world to speak about personalizing surgeries. Katie strives to enable better healthcare by using 3D printed medical devices, anatomical models and surgical templates. With more advances in technology to come, Katie is driven by the opportunity to continue to directly impact lives. Check out this Q&A session with Katie. 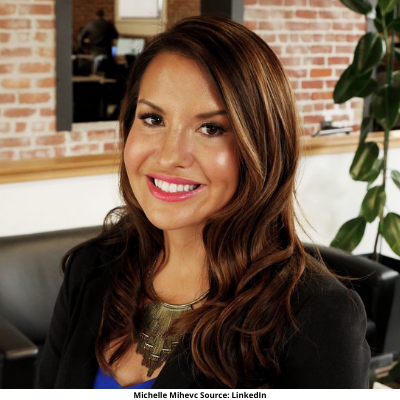 Michelle Mihevc is the Principal of FATHOM which allows additive manufacturing to speed up printing processes and become more efficient. She performs sales, has been a business mentor and recruits talented workers. In 2016, Michelle was named Most Influential Women in Business by the San Francisco Business Times. She has also led FATHOM to being one of the fastest growing digital manufacturing service providers. 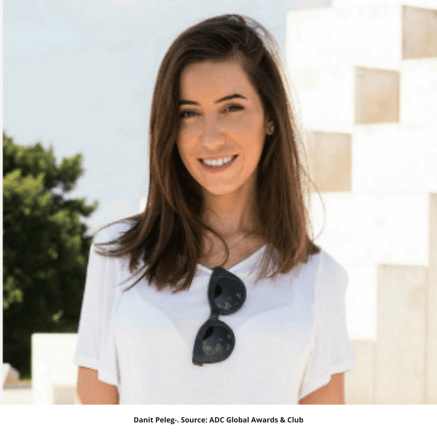 Danit Peleg is a young Israeli designer who has focused on creating more responsible clothing through additive manufacturing. She designs unique and custom 3D printed pieces. In 2015, her graduate project became the world's first 3D printed collection using desktop 3D printers from home. Danit aims to create alternative ways of producing clothing to reduce waste produced by the traditional fashion supply chain. Danit is a TED speaker and has been featured in Vogue, The New York Times, Women’s Wear Daily and in 2018, she was recognized as one of Europe’s Top Women in Tech by Forbes.

It's exciting to see how women have been contributing and impacting the world of 3D printing and engineering. Check out our related articles featuring more women in the industry.

*List comprised from multiple engineering sources. TriMech is not affiliated with any of the sources mentioned.